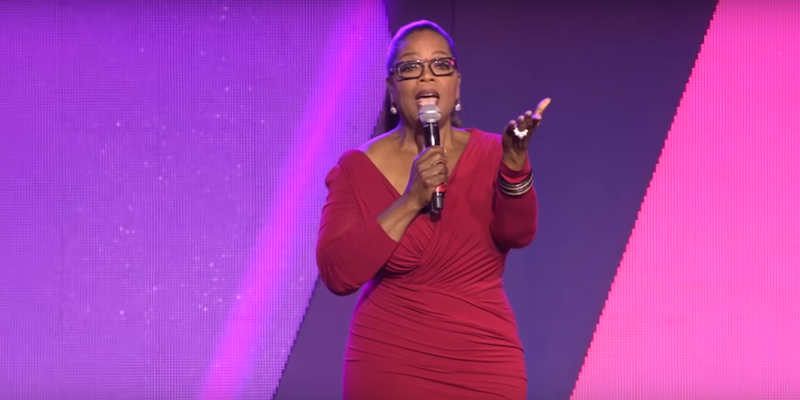 Trump seems to have inspired the superstar.

In a Bloomberg TV interview, David Rubenstein proposed to Oprah the idea she could be the women to shatter the glass ceiling and win the White House. “I never considered the question, even a possibility,” Winfrey says. “I thought ‘Oh gee I don’t have the experience, I don’t know enough and now I’m thinking oh…’”

President Oprah? Oprah discusses whether she would run https://t.co/nykzuqORtA pic.twitter.com/VYmRnu9w63

Trump made it clear that Winfrey doesn’t need that political experience to run for office. According to Rubenstein, her popularity could suffice.

“It’s clear you don’t need government experience to be elected president,” the host said without mentioning Trump by name.

Throughout the election, Winfrey stayed fairly quiet in speaking about Trump, but she did publicly endorse Hillary Clinton. After Trump’s victory, she took a shot at a reassuring tone with the new president in an interview with the Associated Press. She addressed Trump’s meeting with President Obama: “I could sense from Donald Trump’s body language even when he came out for the acceptance speech, that brother has been humbled by this whole thing.”

Although Winfrey has previously said she will not be running for president, she’s apparently not ready to rule it out.