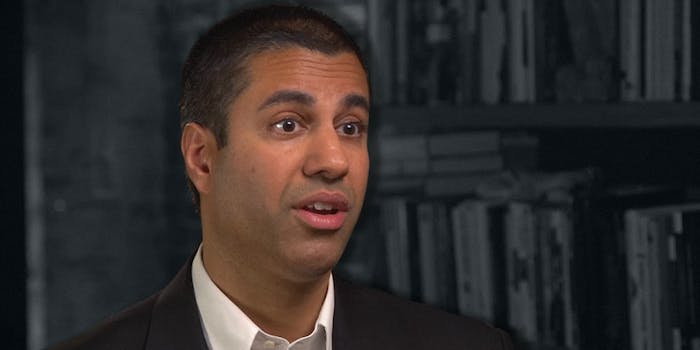 Here's why that matters.

As part of FCC Chairman Ajit Pai’s plan to gut net neutrality rules, the responsibility for policing internet regulations would shift to the FTC, a move that some critics believe is not an adequate enforcer of digital regulations.

Essentially, the Federal Communications Commission sets rules while the Federal Trade Commission enforces rules after wrongdoing has occurred, Bloomberg News reports. The move to the FTC would put internet regulations in a reactionary stance rather than a proactive one.

“It’s not adequate,” Gigi Sohn, who helped write net neutrality rules in 2015, told the news outlet. “If you wait for a case to be through, you can be out of business.”

The FCC has traditionally regulated industries such as telephone and broadcast companies, making it a logical home for internet regulation. The FTC, however, is more of a consumer protection agency that prevents unfair business practices.

Pai’s plan, which would reverse the 2015 Open Internet Order, has been criticized for endangering net neutrality, a founding principle of the internet that ensures all internet traffic is treated equally. For example, net neutrality rules bars internet service providers (ISPs) from slowing down Netflix in favor of its own streaming service or breaking the internet up into bundles—much like tiered cable television packages—that come with access to some websites but not others.

The new rules presented by Pai would reclassify broadband internet from a “common carrier” service, like landline telephone service, to a less restrictive classification under the Communications Act. Pai, an appointee of President Donald Trump, has long been in favor of scaling back the rules, much to the dismay of internet freedom proponents.

Pai’s proposal is expected to face a vote on Dec. 14 and will likely pass as the FCC has a three-member Republican majority. It is possible, if unlikely, that Congress could prevent the FCC from voting to overturn the 2015 Open Internet Order. If the proposal does pass, it will likely face immediate challenges in court.