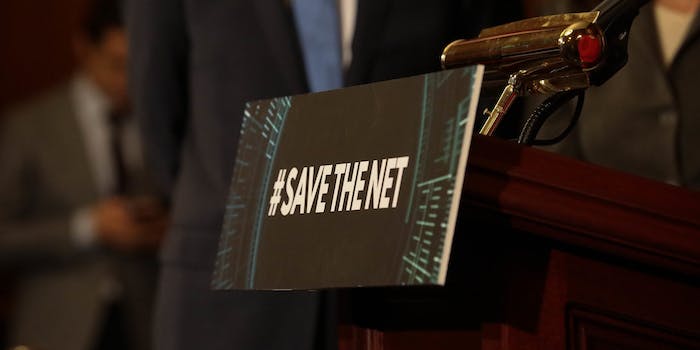 The bill passed in the House in April, but has stalled in the Senate.

House Democrats on the Energy and Commerce Committee listed the Save the Internet Act, a bill that would restore net neutrality rules, among their accomplishments in 2019.

The Save the Internet Act would codify the 2015 Open Internet Order, an order by the Federal Communications Commission (FCC) that brought about net neutrality rules, which was repealed by the now-Republican controlled agency in 2017. Pallone and Doyle called that decision “disastrous” in their statement.

The bill passed through the House by a 232-190 vote in April. Since then, the Senate has yet to take up a vote on it. Around the time of the House vote, Senate Majority Leader Mitch McConnell called the Save the Internet Act “dead on arrival” in the upper chamber. The White House has also threatened a veto if it were to pass in the Senate.

However, several Democrats have tried twice to force the Senate to vote on the bill, only to be blocked by Republicans.

The Senate version of the Save the Internet Act has been cosponsored by nearly every Democrat and the independents who caucus with them.

Sen. Kyrsten Sinema (D-Ariz.) is the only Democrat who has not cosponsored the bill, and has instead formed a “working group” with Sen. Roger Wicker (R-Miss.), a move that has been harshly criticized by net neutrality advocates.

Pallone and Doyle also listed bills that aim to “stop the onslaught of annoying robocalls,” improve the country’s broadband maps, and holding two oversight hearings for the FCC as its other accomplishments.