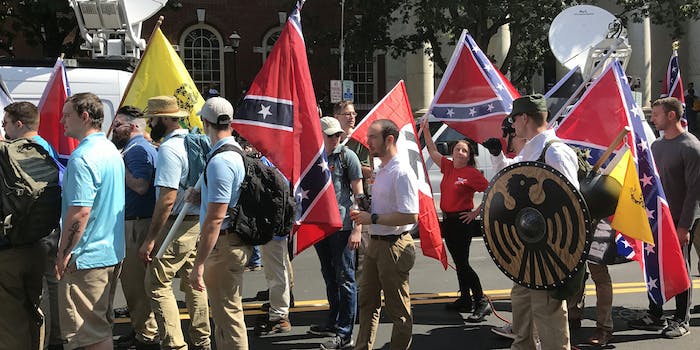 He also faces first-degree murder for the death of Heather Heyer.

The neo-Nazi from Ohio who rammed his car into a crowd protesting the “Unite the Right” gathering of white supremacists in Charlottesville, Virginia, last August has been indicted on 29 counts of federal hate crimes, Vice News reports.

James Alex Fields Jr., 21, was handed down the charges Wednesday. One charge relates to the death of Heather Heyer, the 32-year-old counter-protester killed when his Dodge Charger hit the crowd. In December, Fields was charged at the state level with first-degree murder for Heyer’s death.

The indictment says Fields “stopped and then observed the crowd while idling in his vehicle” before speeding into the “racially and ethnically diverse crowd of individuals were gathered at the bottom of the hill,” Vice News reports. He then threw his car in reverse and fled the scene, leaving Heyer dead from blunt-force trauma to the chest and 35 others injured.

“At the Department of Justice, we remain resolute that hateful ideologies will not have the last word and that their adherents will not get away with violent crimes against those they target,” Attorney General Jeff Sessions said in a statement, per Vice News. “Last summer’s violence in Charlottesville cut short a promising young life and shocked the nation.”