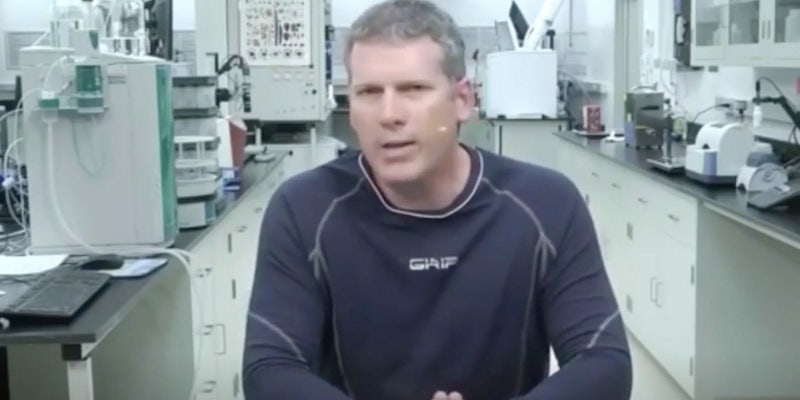 Natural News founder suggests Trump should use the military to "occupy and dismantle the tech giants.”

On Sunday, Facebook removed the page for Natural News, a popular website that focuses on health-related conspiracy theories.

While Facebook has yet to comment on the removal, the page, which boasted almost 3 million followers, was taken down just one day after the site was profiled by the Daily Beast.

The conspiracy site has had a long history of promoting everything from anti-vaccination content to homeopathic treatments for Ebola, although the site in recent years has taken a larger focus on politics and defending President Donald Trump.

In response to the ban, Natural News founder Mike Adams, known online as “The Health Ranger,” blamed the incident on “techno-fascists” in a post on his website.

“The techno-fascists, including Wikipedia, have decided that no speech that questions any official narrative will be allowed on any platform,” Adams wrote. “Anyone who questions the safety of toxic vaccines, 5G cell towers, geoengineering, chemotherapy or glyphosate weed killer chemicals is now maliciously attacked, smeared, and de-platformed.”

“Every website or individual who expresses any view of dissent against the corrupt scientific establishment is immediately labeled ‘fake news,’ even as the left-wing media routinely pushed total fabrications about President Trump and anyone who supports Trump,” Adams continued.

The Health Ranger went on to compare numerous tech CEOs, including Facebook’s Mark Zuckerberg and Twitter’s Jack Dorsey, to authoritarian leaders such as Adolf Hitler and Joseph Stalin.

“These criminals like Zuckerberg, Dorsey, and [Tim] Cook are un-elected, subject to zero transparency and offer no mechanism for due process whereby channels who are banned might defend themselves against unfair, dishonest smears or fake news attacks run by left-wing journo-terrorism hacks,” Adams said.

The Natural News founder also called for Trump to use “the military, if necessary, to occupy and dismantle the tech giants” in a post on the video hosting website Brighteon, according to Gizmodo.

The removal of Natural News comes after Facebook banned individuals it considered to be dangerous, including right-wing provocateur Milo Yiannopoulos and Nation of Islam leader Louis Farrakhan.