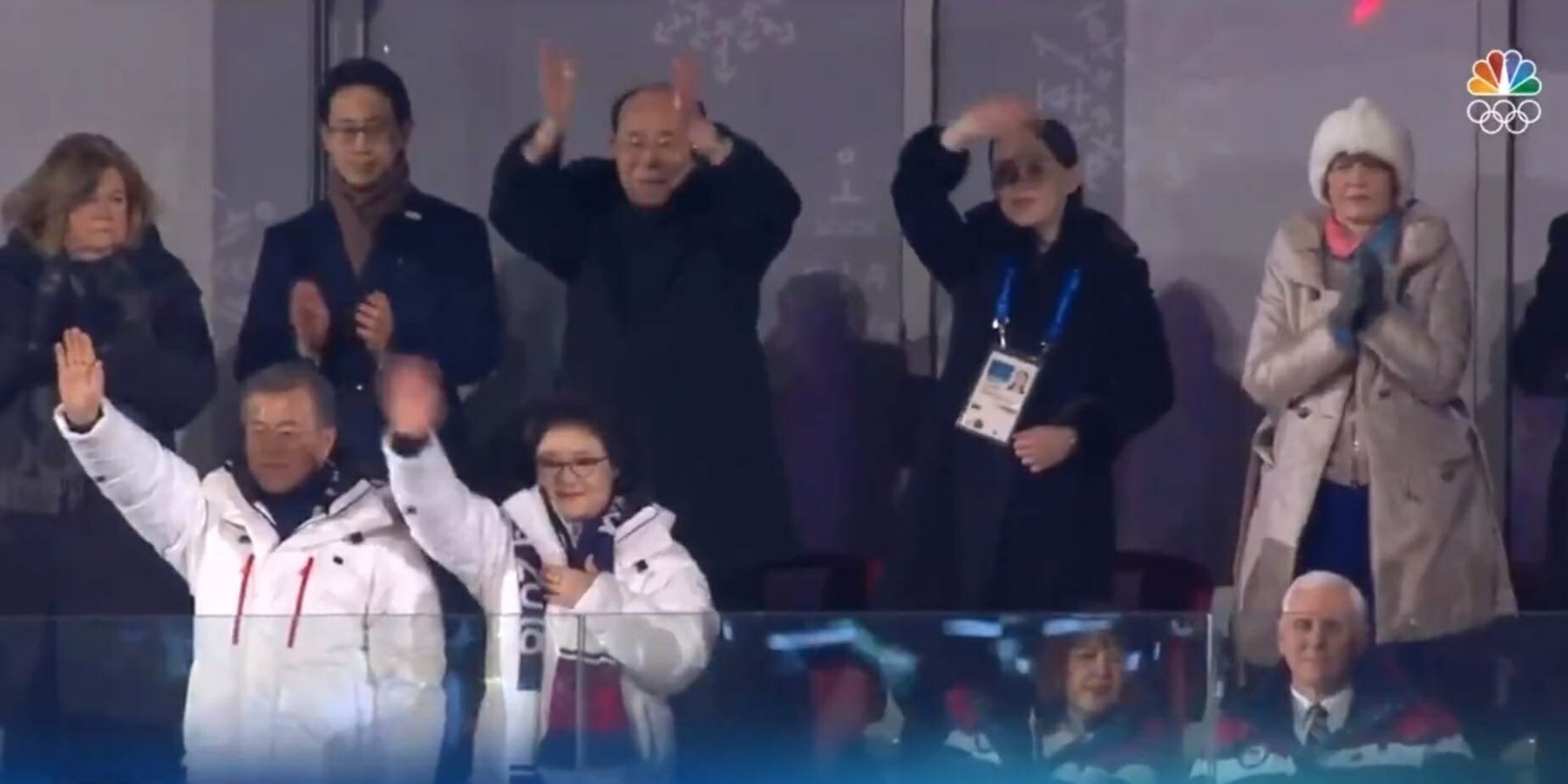 Give Pence a gold medal for political hypocrisy.

Four months ago, Vice President Mike Pence created an expensive manufactured outrage when he attended an NFL game but then left before it began because players from both teams knelt during the national anthem. The Donald Trump administration has been adamant about players standing during the song with the president calling Colin Kaepernick a son of a bitch for failing to do so.

So, when Pence didn’t stand for the unified Korean entrance during the parade of nations at the Olympics Opening Ceremony on Friday, Twitter didn’t overlook the irony. And users called him out for what they said was blatant hypocrisy.

Wow North Korea and South Korea walk in under one flag. The whole stadium jumps up and goes crazy. Except Mike Pence and Mother Pence. They just sat there.

Sooooo to dramatize his political stance while at a sporting event, the vice president chose not to stand as a gesture of protest. Wonder where he got that idea. https://t.co/lAbPwMMZ8Y

So, what he’s saying–hear me out–is that not standing up during a ceremonial event is one way to protest something unrelated to the event… https://t.co/foc4fTX9Bh

For a guy who gets so mad about someone taking a knee, he sure is comfortable taking a butt.

It appears that Mike Pence – who once fled a football game after being offended by NFL players kneeling during the anthem – believes that refusing to stand for something is a viable and acceptable means of protest.

Pence sat only a few feet away from Kim Yo Jong, the sister of North Korea dictator Kim Jong Un, but according to reports, they never spoke to each other. Pence and his wife, Karen, reportedly were the only people in that suite not to stand for the Korean delegation, which was made up of South Korean and North Korean athletes during the parade.

This hasn’t been a great Olympics thus far for Pence. He was ripped by openly gay figure skater Adam Rippon for his anti-LGBTQ views, and freestyle skier Gus Kenworthy, who’s also gay, wrote on Instagram, “The 2018 Winter Olympic Gaymes are officially under way! I’m so proud to be representing the LGBTQ community alongside this amazing guy! Eat your heart out, Pence.”