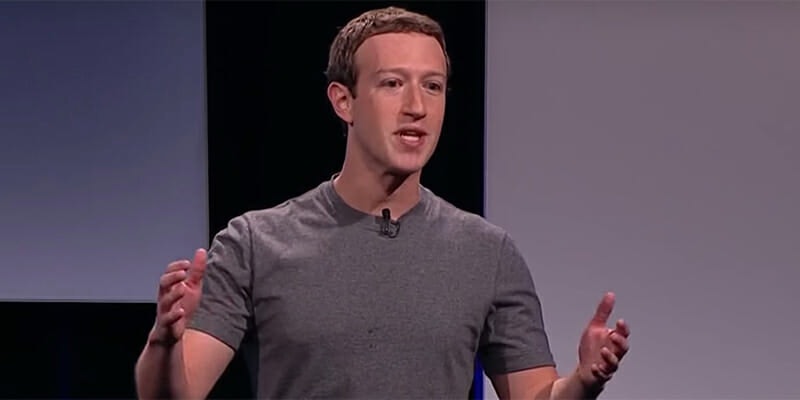 'Our responsibility now is to make sure this doesn’t happen again.'

Facebook CEO Mark Zuckerberg apologized on Wednesday for the social network’s involvement in a data scandal with Cambridge Analytica.

“This was a major breach of trust, and I’m really sorry that this happened,” Zuckerberg said on CNN. “Our responsibility now is to make sure this doesn’t happen again.”

Facebook has faced extreme criticism in recent days after reports revealed that ahead of the 2016 presidential election, Cambridge Analytica used data from at least 50 million users without them knowing.

Zuckerberg has maintained that the blame falls on Cambridge Analytica, which kept data scooped from a personality quiz even after Facebook asked the information to be deleted. The firm was hired by President Donald Trump’s campaign.

But on CNN, Zuckerberg emphasized his company will be launching a “full investigation” into the data breach, informing users’ whose data was compromised, and looking at “thousands” of other apps to make sure they aren’t leaching people’s data without consent.

In his initial statement on the data breach via Facebook, Zuckerberg said the plan to prevent a similar incident going forward includes restricting developers’ access to user data and giving users tools to see what of their data is being shared.

The CEO also said on CNN that he’s willing to testify to Congress about Facebook’s possible influence on the 2016 election “if it’s the right thing to do” and assured the social media giant is doing everything it can to prevent “bad actors” from influencing the 2018 midterm elections.

“This isn’t rocket science,” Zuckerberg said. “There’s a lot of hard work we have to do to make it harder for nation-states like Russia to do election interference. But we can get in front of this.”