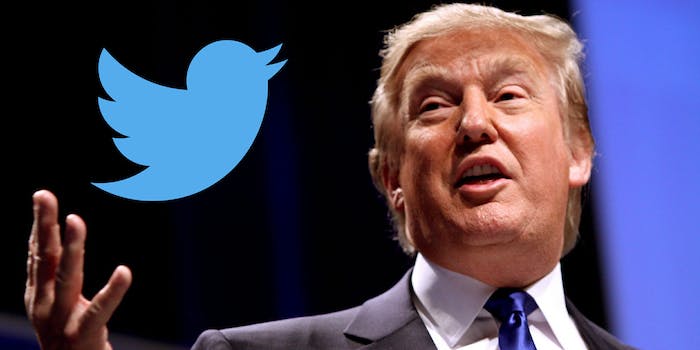 A federal judge ruled on Wednesday that President Donald Trump violated the First Amendment rights of his critics when he blocked Twitter followers because of their political views, according to numerous reports.

Judge Naomi Buchwald made the ruling in the U.S. District Court in the Southern District of New York. She said Trump’s blocking was unconstitutional because the president restricted the seven plaintiffs who criticized him—and were ultimately blocked—on Twitter, a digital space that acts a public forum, the Washington Post reports.

“Though Twitter is a private (though publicly traded) company that is not government-owned, the President and Scavino nonetheless exercise control over various aspects of the @realDonaldTrump account,” Buchwald wrote.

Buchwald argued against the defense that Trump’s own First Amendment rights “supersede” those he blocked.

The lawsuit, brought by the Knight First Amendment Institute at Columbia University and a group of Twitter users blocked by the president, argued that Trump’s account served as a place where he made “official statements.”

The president has used his Twitter account on numerous occasions to announce government business–including that Christopher Wray was his choice to lead the FBI, the removal of Secretary of State Rex Tillerson, and the ousting of former Secretary of Veterans Affairs David Shulkin.

You can read more about the ruling here.