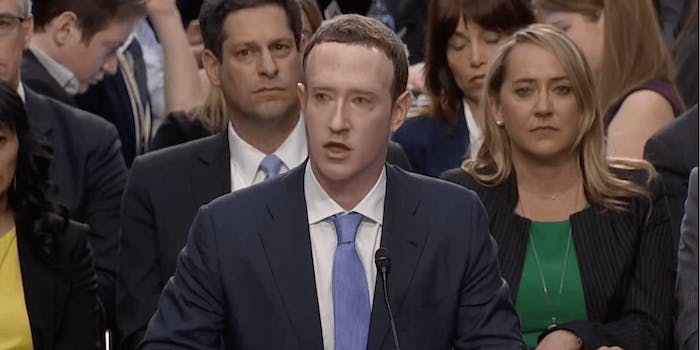 Here's what two weeks and $552 can do for an amateur deepfake creator.

A journalist who created his own deepfake showed that despite concerns over the technology’s advancement, it still isn’t that easy to produce a convincing fake video.

Timothy B. Lee, a senior tech policy reporter for Ars Technica, explained in an article this week the laborious process behind making a deepfake and how realistic AI-created videos are still out of reach for the majority of internet users.

Lee first started by collecting hours worth of videos of Zuckerberg and Data, played by actor Brent Spiner. That footage was then trimmed down to only include frames that showed the faces of either subject.

With nine minutes of Data and seven minutes of Zuckerberg content, Lee then fed the footage into deepfake software known as Faceswap. Given that creating deepfakes requires costly computer hardware, Lee rented a virtual Linux machine powered by four Nvidia T4 Tensor Core GPUs with 16GB of memory each.

After allowing Faceswap to analyze the videos and convert them into thousands of images, Lee was tasked with going through and deleting any low-quality pictures of either Zuckerberg’s or Data’s face. In the end, Lee was left with 2,598 images of Data and 2,224 images of Zuckerberg.

At this point, the deepfake software was finally ready to analyze both faces in order to successfully swap them. This part of the process, known as training, is the most time-consuming. Lee let the software run continuously for a week in an attempt to have the best possible outcome, which racked up $552 in charges on his rented virtual computer.

As can be seen in the final product, the video is far from convincing. Despite spending two weeks on the project and using high-end computer equipment, the video’s quality is severely lacking.

While the video was only Lee’s first attempt, the deepfake shows the technology has a long way to go before it can be considered user-friendly.