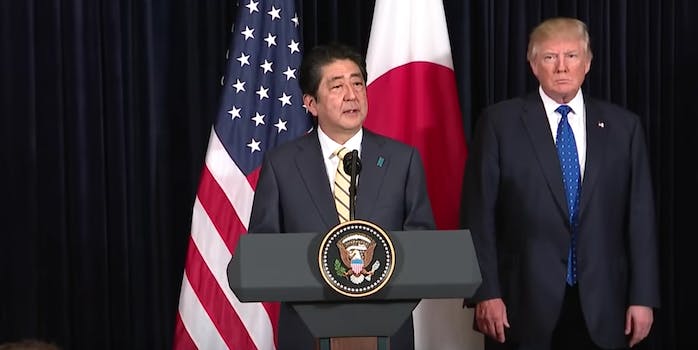 Japan just made it easier to become a permanent resident

Of course, there's a catch.

Not quite feeling the vibe in America these days? There’s a country you might consider fleeing to—and it’s not Canada this time.

Japan will take steps to ease permanent residency requirements as soon as this month.

Japan’s Justice Ministry on Tuesday said new rules for the most highly skilled immigrants to Japan could fast-track their wait times for permanent residency to as soon as one to three years, according to Business Insider. The new measures could go into effect as soon as March. The new system would further prioritize highly skilled professionals and academics, such as those conducting research at universities.

According to Japan Times, Japan’s merit-based immigration system grades applicants based on occupation, income, and academic background. Under the new system, people who have 70 points or more will only wait three years for permanent residency status. Applicants with 80 points or more only have to wait a year.

Newcomers to Japan are normally only allowed to apply for permanent residency status after living in the nation for a decade or longer.