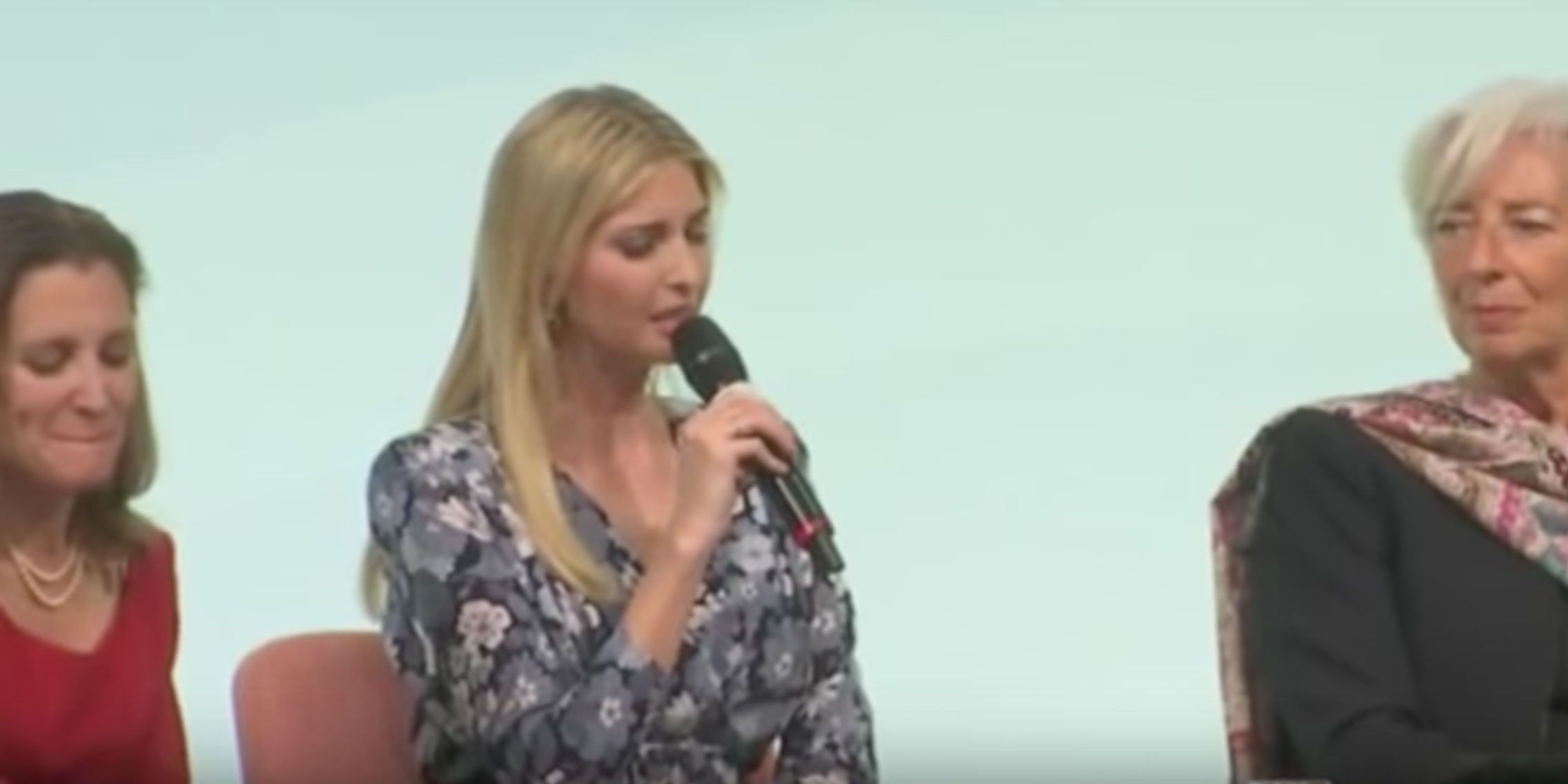 The summit visit is her first trip as an official U.S. representative.

Ivanka Trump was booed at a panel in Germany on Tuesday when she described her father, President Donald Trump, as a “tremendous champion of supporting families.”

Making her first trip as a U.S. official, the first daughter is attending the international W20 summit to discuss women’s entrepreneurship and empowerment. As well as appearing at speaking seminars throughout the event, she is set to have dinner with the German Chancellor Angela Merkel.

At Tuesday’s question panel, however, the moderator challenged Trump on the president’s attitude toward women and her role in the administration.

“The German audience is not that familiar with the concept of a first daughter. I’d like to ask you, what is your role, and who are you representing, your father as president of the United States, the American people, or your business?” pointedly asked Miriam Meckel, serving editor-in-chief of German newspaper WirtschaftsWoche, in her opening question.

No soft-balling for Ivanka Trump at #w20 panel. Straight off she's asked if she represents the American people, her father or her business

“Certainly not the latter, I’m rather unfamiliar with this role as well,” Ivanka Trump responded, apparently taken off-guard. Trump went on to describe her own aspiration to influence “positive change” through her new role as a presidential adviser, proceeding to affirm what she called her father’s “advocacy.”

The crowd audibly rumbled, booed when Ivanka mentioned her father's support of women.

As the crowd hissed in reaction, Meckel proceeded to roast Trump on the president’s attitudes and his conduct toward women. President Trump has been accused of sexual harassment by multiple women and was infamously caught on tape bragging about groping women with impunity. However, Ivanka Trump continued to defend her father, even as the audience laughed.

“I’ve certainly heard the criticism from the media, and that’s been perpetuated,” she continued. “As a daughter, I can speak on a very personal level. I grew up in a house where there was no barriers to what I could accomplish beyond my own perseverance and tenacity. That’s not an easy thing to do, he provided that for us.”

Watch the full panel video, which does not include audio from the audience, below: