As war looms, ordinary Israelis and Iranians are taking to Facebook to spread messages of love. Israeli prime minister Benjamin Netanyahu may be threatening war with Iran over that nation’s nuclear ambitions, but on Facebook Israelis have a very different message for their Persian compatriots: “Israel loves Iran.”

The Facebook group “Love and Peace,” started by Israeli graphic artist Ronny Edry and his wife, Michal Tamir, features photographs of Israelis with the message “”Iranians, we will never bomb your country, we [heart] you,” superimposed on top. 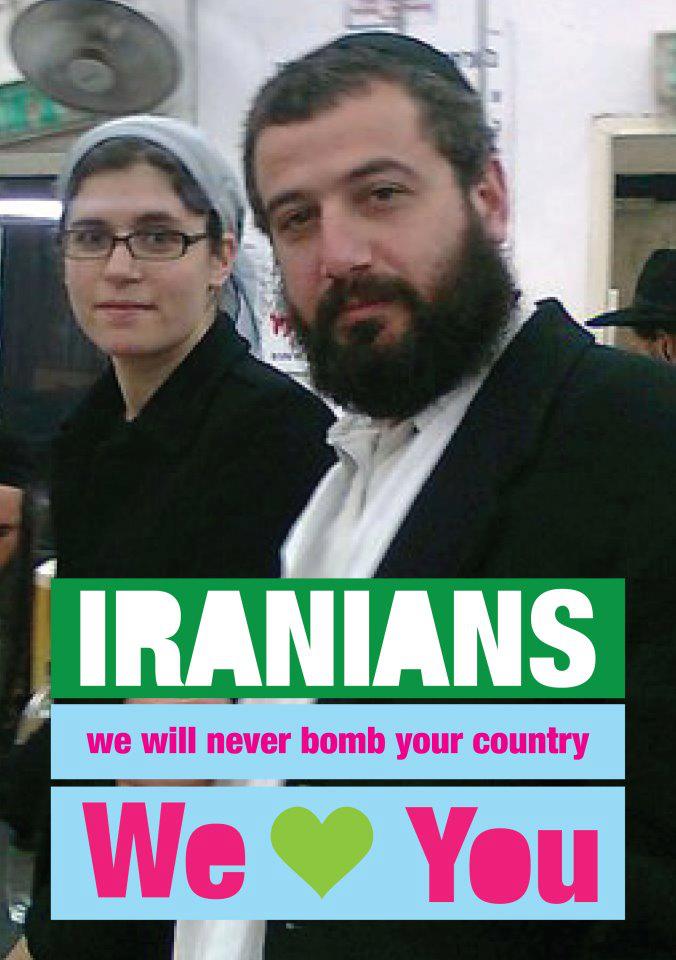 “I thought that when you’re constantly surrounded by talk of threats and war, you are so stressed and afraid that you crawl into a sort of shell and think to yourself how lucky we are to also have bombs and how lucky we are that we’ll clean them out first. So I thought, ‘Why not try to reach the other side; to bypass the generals and see if they [Iranians] really hate me?'”

Edry has reached the other side. And it turns out Iranians don’t hate him, either.

They began submitting their own photographs to the Israeli loves Iran Facebook group. “My Israeli Frinds. I don’t hate you. I don’t want war. Love Peace,” the message on many of those photographs read. 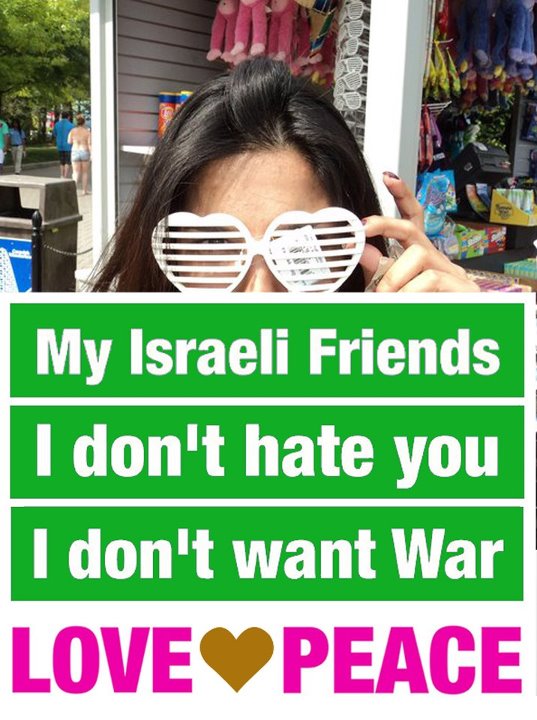 “The finest use of social media ever,” Facebook user Sean Earl wrote on the group’s wall. “Thank you for expressing what is in many people’s hearts and minds.”