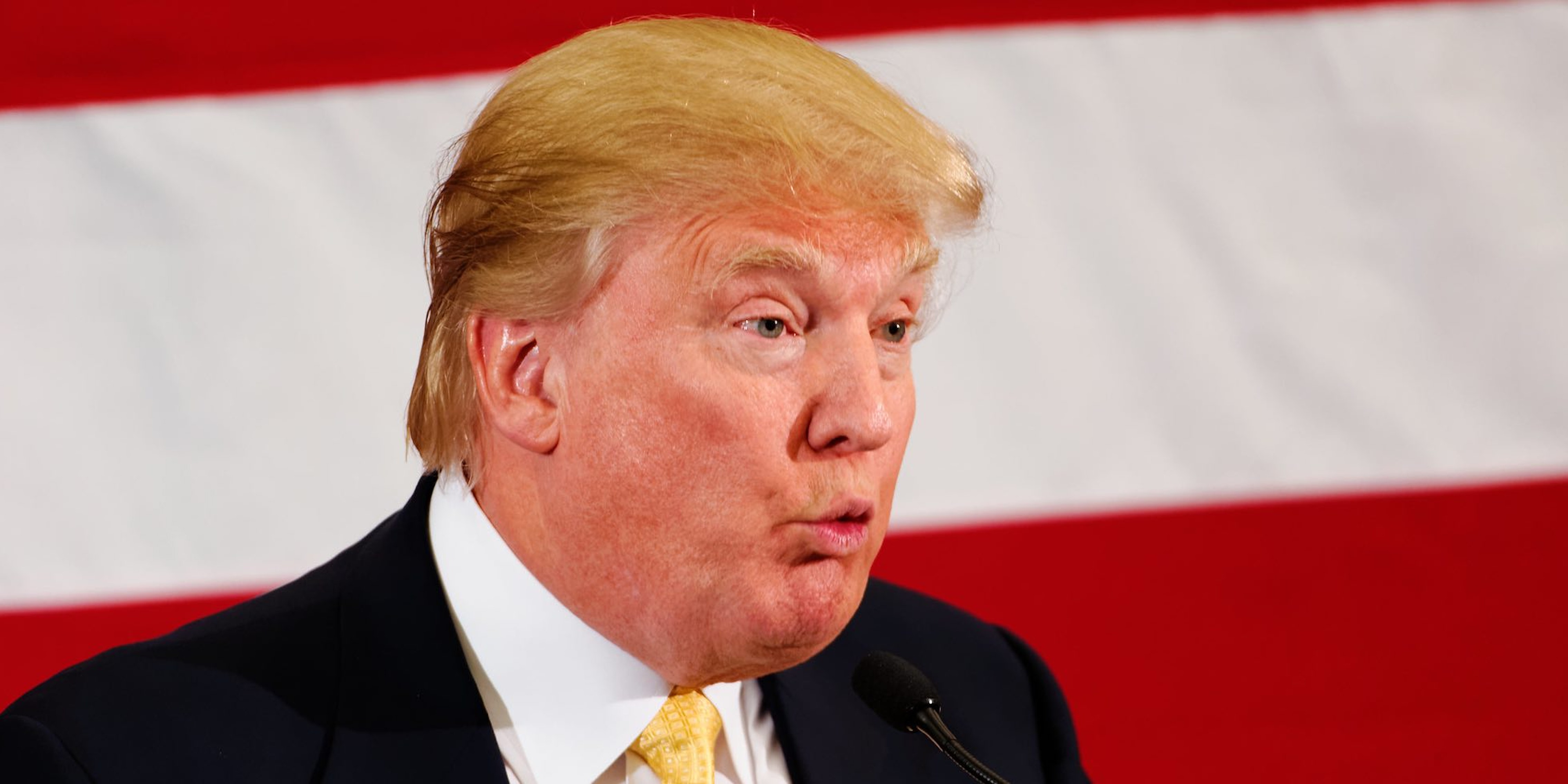 Too basic for even his base.

Over the weekend, the president set off a firestorm of media coverage with a trio of tweets telling “’Progressive’ Democrat Congresswomen” to return to their home countries.

So interesting to see “Progressive” Democrat Congresswomen, who originally came from countries whose governments are a complete and total catastrophe, the worst, most corrupt and inept anywhere in the world (if they even have a functioning government at all), now loudly……

….it is done. These places need your help badly, you can’t leave fast enough. I’m sure that Nancy Pelosi would be very happy to quickly work out free travel arrangements!

The tweets were largely believed to be directed at “the squad” comprising Reps. Alexandria Ocasio-Cortez (D-N.Y.), Ilhan Omar (D-Minn.), Ayanna Pressley (D-Mass.), and Rashida Tlaib (D-Mich.). All four are minorities; though only one was born outside of the United States. Telling people of color to “go home” is a common racist trope.

Reactions to Trump’s tweets were nearly universally negative. #RacistPresident trended for more than 24 hours on Twitter. Many in his base were appalled; others chose to remain silent, including most anti-immigrant hate groups.

Some, of course, rushed to the president’s defense, arguing that what he said wasn’t racist, but even if it was, maybe it was just a strategic move to either tear Democrats apart or make people stop talking about the Immigration and Customs Enforcement raids scheduled to begin this weekend.

Now @SpeakerPelosi has been forced to come to #TheSquad's defense, even as they attack her. If she does not defend, she alienates the Leftist base by siding with Trump.

In a thread, National Review senior writer David A. French tweeted, “I can think of few worse things for the soul of the GOP or the health and unity of our republic than adopting a strategy of ‘be racist to own the libs.’” French later penned a popular thread defending immigrants for the “courage and grit” that it takes to become citizens of the United States.

The President of the United States this morning telling brown-skinned Americans to “go back to where they came from” should piss off ALL Americans.

But it won’t. And that’s a shame. A damn shame.

On the contrary, he just made it substantially worse https://t.co/W7YgeaI5ZG

As the fallout continued, many noted the deafening wall of silence among Republican members of Congress.

After spending the day golfing with Trump and Senators Rand Paul (R-Ky.) and David Perdue (R-Ga.), Senator Lindsey Graham (R-S.C.) found the time to blame Obama for creating ISIS. On Fox & Friends this morning Graham said the president should focus on policy, then called the four congresswomen “communists” who hate America.

He was largely alone in his support of the president’s statements. Even Trump’s biggest fans like Rep. Matt Gaetz (R-Fl.) and Senator Mitch McConnell (R-Ky.) were mum on the “go back” to your country tweets.

Reminded President Trump how dumb it was for President Obama to ignore sound military advice by pulling out of Iraq, creating ISIS. (1/2) pic.twitter.com/rvQbwOF4Gl

Most surprising was the near-total silence from anti-immigrant hate groups.

Of those with active Twitter accounts who are identified as anti-immigrant hate groups by the Southern Poverty Law Center, ACT for America was the only one the Daily Dot found that defended Trump’s tweets.

They are NOT putting AMERICA FIRST!

Nevertheless, Trump later doubled down on the statements.