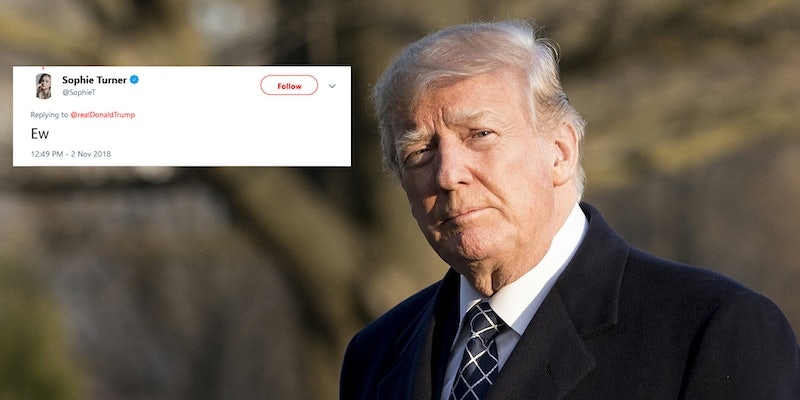 HBO and several stars of Game of Thrones responded on Friday after President Donald Trump tweeted a meme using the show’s font.

Early Friday, the president used the font from the HBO show to tweet about sanctions, writing “sanctions are coming,” a play on the “winter is coming” slogan for the show. The sanctions are supposed to be imposed on Iran.

Both Sophie Turner, who plays the character Sansa Stark, and Maisie Williams, who plays Arya Stark, reacted to the tweet, with Turner simply replying: “ew.”

According to Entertainment Weekly, HBO also wasn’t thrilled with Trump deciding to use the show to further his agenda.

“We were not aware of this messaging and would prefer our trademark not be misappropriated for political purposes,” the channel told the news outlet.

On Twitter, HBO decided to take a cheekier response.

“How do you say trademark misuse in Dothraki?” they wrote.

How do you say trademark misuse in Dothraki?