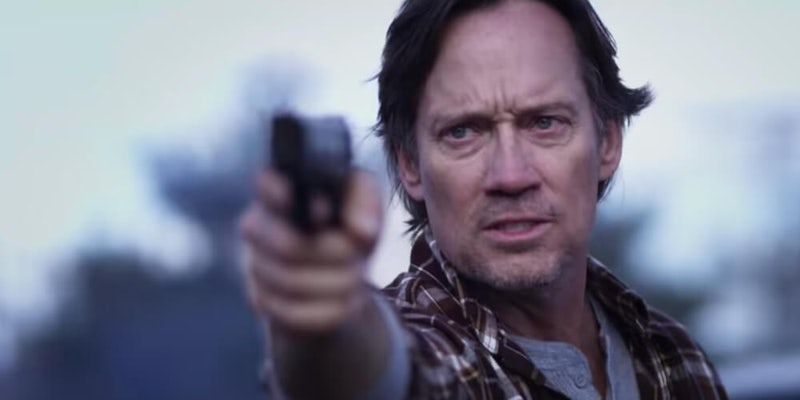 The film's dystopian future shows Christians taking to the woods with their guns and faith.

On Thursday, The Reliant is heading to select theaters for one night only. The faith-based, action-adventure film is based on a 2017 novel of the same name by author Patrick Johnston, who also wrote the screenplay.

The story revolves around a Christian family who seeks shelter in the woods after a collapsed economy causes widespread rioting and looting, relying on God and their Second Amendment rights for survival. The rioters in The Reliant also seem to be an interpretation of antifa, a network of leftist groups who work to confront the rise of fascism.

Kevin Sorbo, known for his roles in other Christian films like God’s Not Dead, plays a father of five in The Reliant. He was invited to sit down on Fox & Friends on Tuesday to discuss the meaning behind the movie. Fox & Friends host Steve Doocy asked Sorbo why he wanted to be in the movie after reading the script, and the actor said it was because of the film’s defense of the Second Amendment.

“The movie deals with the economic collapse of America. Think of Venezuela,” Sorbo said in the interview. “So, it’s a comedy?” Doocy joked.

Fox’s promotion of the film has raised eyebrows.

Fox & Friends promotes The Reliant, a "faith-based action film" about a rugged, white, Christian man shooting antifa in the face for turning America into Venezuela. pic.twitter.com/iYSN74IQ9Q

Some users likened the film’s premise to alt-right propaganda, and others are amused at the notion of a faith-based action film. Meanwhile, conservative media and its audiences are enthusiastic about the film’s release but disheartened by the R rating.

“This is [nothing] more than discrimination against Christian conservatives,” one Twitter user wrote.

It’s not surprising that The Reliant has grabbed attention from both sides of the political aisle. There have been over 200 mass shootings in 2019 so far, causing heated arguments between gun-control advocates and individuals who want no gun restrictions.