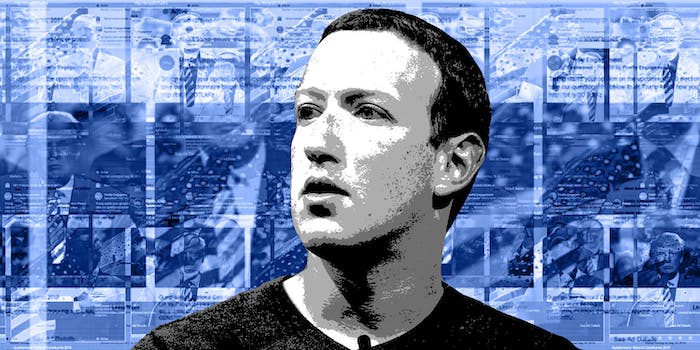 Facebook is finally confirming organizations behind political ads are legit

The changes will add a 'confirmed organization' tag to political ads.

Facebook announced on Wednesday that it is tightening its requirements for political advertising as the 2020 elections get closer.

The social media giant announced the changes in its policies in a blog post on Wednesday.

“Today, we’re sharing additional steps we’re taking to protect elections and prepare for the US 2020 election,” the company wrote. “Those steps include strengthening the authorization process for US advertisers, showing people more information about each advertiser and updating our list of social issues in the US to better reflect the public discourse on and off Facebook.”

One of the changes will be new disclaimer requirements, including having organizations provide more information before Facebook will approve their authorization and disclaimers that go onto political ads.

If an advertiser is registered with the U.S. government—and they provide that information to the social media company—the “i” in the corner of the ad will label the ad as coming from a “confirmed organization,” the company said.

“This will allow people to confidently gauge the legitimacy of an organization and quickly raise questions or concerns if they find anything out of the ordinary,” the company wrote.

The moves come after Facebook was scrutinized during the 2016 election as Russia used the platform as part of an effort to sow discord among voters.