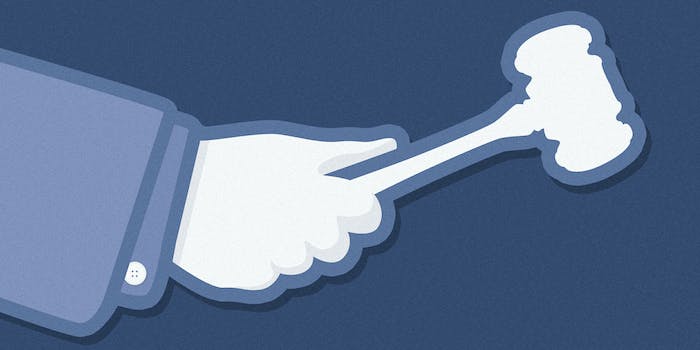 Watch what you say.

Your mom might’ve taught you to watch your mouth, but these days, watching your fingers is almost more important.

A North Carolina woman has learned this lesson the hard way after paying a $500,000 settlement in a libel lawsuit. Jacquelyn Hammond reportedly posted a simple sentence—“I didn’t get drunk and kill my kid”—on Facebook, which on its face wouldn’t be a problem. But according to the complaint, which you can read in full here, the inflammatory post was referring to a former co-worker whose son died in a gun accident with another boy in 1976.

Because the woman wasn’t responsible for her son’s death, nor was she drunk at the time of the accident, she filed a lawsuit over the defamatory statement in 2015; last month, the plaintiff and defendant ultimately settled, with the defendant paying $250,000 in actual damages for the defamation and emotional distress and an additional $250,000 in punitive damages.

If you want a quick guide to the law at issue here: Defamation encompasses both libel, which is written, and slander, which is spoken. To prove a case of defamation, the statement in question must be published, must be false, must be harmful to your reputation, and must have been made by some act of negligence. There are some exceptions and defenses involving public figures, but the long and the short of it is this: Words matter. Use yours carefully.