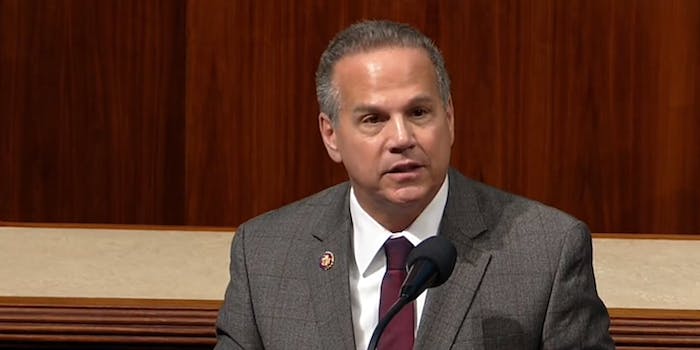 Facebook can ignore misleading political ads. This Democrat wants to change that

Rep. David Cicilline (D-R.I.) is preparing to introduce a bill that would strip big tech companies of their Section 230 liability protections if they knowingly publish false political ads, according to a new report.

Bloomberg Law reports that Cicilline, the chairman of the House Judiciary Committee’s antitrust subcommittee, made his intentions known at a National Association of Broadcasters event on Monday. Cicilline said he plans to introduce the bill within a month, according to the news outlet.

Cicilline’s bill comes as Section 230 of the Communications Decency Act has come under scrutiny from both sides of the aisle in recent months.

Political advertising on social media platforms has also been at the center of controversy—specifically Facebook’s policy which essentially allows politicians to post any adverting they want, even if the information is false. Other companies, like Twitter, have banned political advertising with some exceptions.

The section protects websites from being liable for what is posted on them by third parties. Specifically, it says “no provider or user of an interactive computer service shall be treated as the publisher or speaker of any information provided by another information content provider.”

While the section has taken flak from lawmakers—including some Democrats running for president and Attorney General William Barr—it has been praised by others, with the Electronic Frontier Foundation calling it “one of the most valuable tools for protecting freedom of expression and innovation on the internet.”

Last week, at a Department of Justice workshop to examine Section 230, Barr questioned whether it was needed since tech companies have become so large, saying “valid questions have been raised” about whether the immunity was needed.

You can read the Bloomberg Law report here.