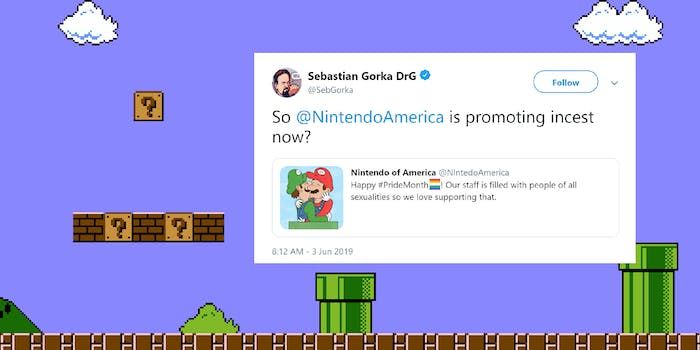 In their never-ending war against the brands being too woke these days, conservatives are bound to have the occasional misfire, as they constantly castigate company after company for not fighting against shifting social norms.

Like today, when a fake Nintendo account made a picture of Mario and Luigi kissing and tweeted it to promote Pride Month.

Not only was it gay, but Mario and Luigi are also brothers, so it was incest gay. A couple of prominent conservatives were livid. (And didn’t realize it wasn’t real.) 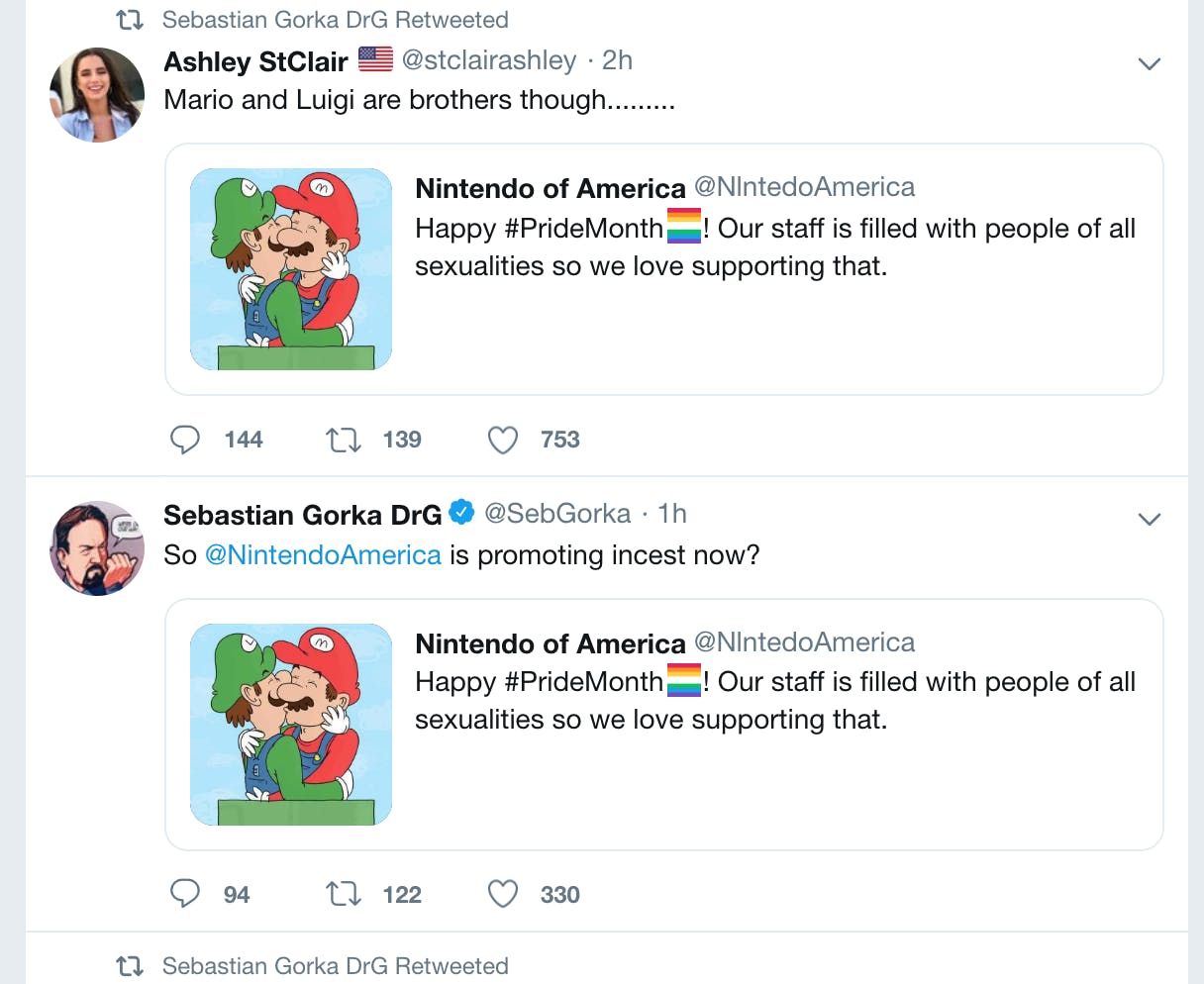 And incest??? Mario and Luigi are brothers!

It led to widespread mockery. Because, again, this was not Nintendo, but a parody account.

Thanks for standing up for FREEDOM DR. SEB

you're literally too dumb to insult

But with Pride Month lasting until the end of June, expect more contrived outrage at brands, whether they are real or fake.

David Covucci is the senior politics and technology editor at the Daily Dot, covering the nexus between Washington and Silicon Valley. His work has appeared in Vice, the Huffington Post, Jezebel, Gothamist, and other publications. He is particularly interested in hearing any tips you have. Reach out at [email protected]com.