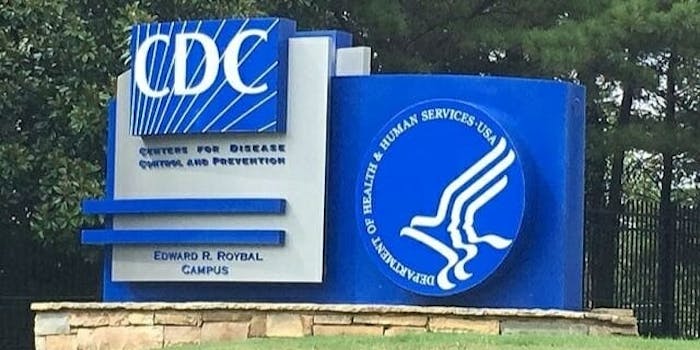 The internet is confused—and concerned.

A new edict from the Donald Trump administration to the Centers For Disease Control and Prevention (CDC) prevents the government agency from using seven words when making its budget requests for next year. Those apparently controversial words and phrases, according to the Washington Post?

As the Post reports, a suggestion was made to replace “science-based” or “evidence-based” with the wordy phrase, “CDC bases its recommendations on science in consideration with community standards and wishes.” But for pro-choice words like “fetus” or gender-identity words like “transgender,” no replacement words or phrases were offered.

It’s unclear why those words were banned, and the internet is confused—and concerned.

A critical element of fascism is censorship. Wake up, America. This administration wants to silence you.

This is Trump/Bannon view- it's literally to ban using the word "diversity" bc white nationalists only want to see white and see "diversity" as destroying their America: Trump admin gives CDC gets list of forbidden words: fetus, transgender, diversity https://t.co/X0yxm0fBVh

George Carlin is rolling over and over in his grave: #Trump administration hands CDC a list of 7 forbidden words, including fetus, transgender, diversity. What a bunch of fuckwits. https://t.co/rRQuKiARhL

*tries to get on twitter before bed to read some funny tweets*
*sees news of the forbidden words list for CDC…*
Welp I’ll be up a few more hours out of anger and worry of my America pic.twitter.com/wI233tNoOd

When CDC officials were told of the ban on Thursday, a longtime analyst told the Post that people were “incredulous.” Said the analyst: “It was very much, ‘Are you serious? Are you kidding?’ … In my experience, we’ve never had any pushback from an ideological standpoint.”

Update 9:39am CT, Dec. 18: The head of the CDC, Dr. Brenda Fitzgerald, tweeted yesterday that reports of the word ban were false.

I want to assure you there are no banned words at CDC. We will continue to talk about all our important public health programs.

You may be understandably concerned about recent media reports alleging that CDC is banned from using certain words in budget documents. I want to assure you that CDC remains committed to our public health mission as a science- and evidence-based institution.

HHS statement addressing media reports: "The assertion that HHS has 'banned words' is a complete mischaracterization of discussions regarding the budget formulation process. HHS will continue to use the best scientific evidence available to improve the health of all Americans."

Fitzgerald was appointed by Trump to head the CDC, and has been there since July.