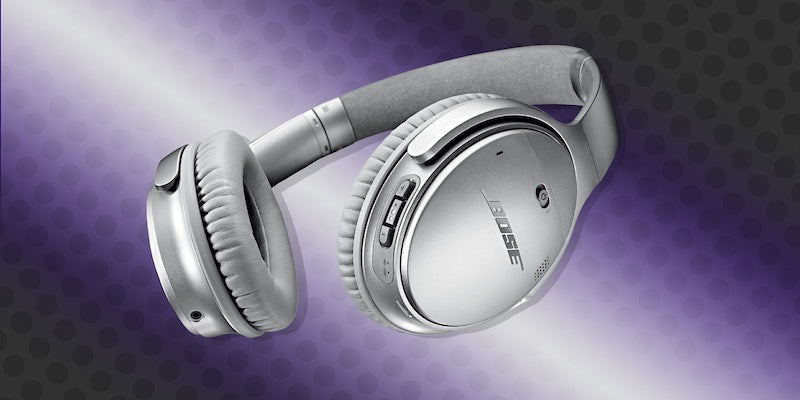 Bose sued for allegedly spying on customers through its headphones

The lawsuit claims the company violated the federal Wiretap Act.

A man is taking electrical and audio equipment manufacturer Bose to court, claiming that the company spies on its customers through their wireless headphones, violating privacy by monitoring what music and podcasts users listen to without their permission.

The class-action lawsuit was filed Tuesday in Chicago by Kyle Zak, who purchased a pair of the company’s QuietComfort 35 wireless Bluetooth headphones back in March. The headphones utilize an app called Bose Connect, which allows the user to change tracks and volume.

Zak and his lawyers allege that, aside from being able to personally identify a customer using a unique serial number, Bose also collects audio metadata such as “the names of any music and audio tracks” that user listens using the app. This information is then sold on to third parties like “data miner Segment.io.”

“People put headphones on their head because they think it’s private, but they can be giving out information they don’t want to share,” Christopher Dore, one of the lawyers representing Zak, said to Reuters.

This, according to Dore, is wiretapping and in violation of not only customer fraud laws but the federal Wiretap Act—which defines such interception as audio content. With that in mind, the lawyers will need to demonstrate that the metadata collection constitutes that.

The suit alleges the same of a host of other Bose gadgets such as the SoundSport Wireless, Sound Sport Pulse Wireless, QuietControl 30, SoundLink Around-Ear Wireless Headphones II, and SoundLink Color II.

Zak is seeking $5 million in damages from Bose Corp, which is worth $3.5 billion, and an injunction to stop the collection which his complaint calls “a wholesale disregard for consumer privacy rights.”