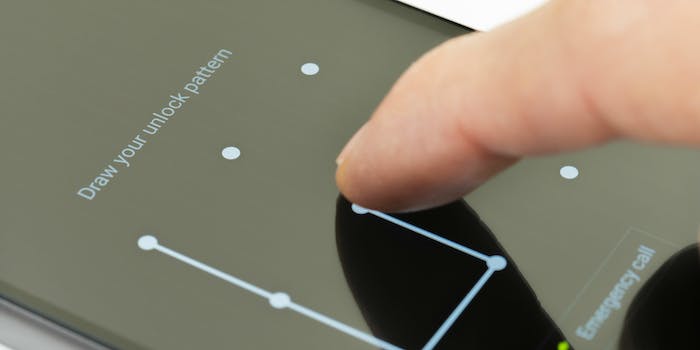 The best security apps to lock down your Android phone

These security apps can help manage and deal with threats to your phone.

With so much sensitive information on your Android smartphone, security should always be a priority. Malware, theft, physical access to your phone and eavesdropping are just some of the security troubles that you’re up against when you’re using your smartphone to connect to the internet.

Below are some of our favorite Android security apps that can help manage and deal with the threats to your phone.

The best Android security app for every need

As you take your phone with you everywhere, losing it to theft or your own ignorance is not beyond imagination. There are a number of apps that can help you recover your phone or at least make sure that none of its sensitive data falls into the hands of the wrong people.

One of them is Google’s Find My Device, a free app formerly known as Android Device Manager. Once you install and activate Find My Device on your phone, you’ll be able to remotely perform a number of tasks through the app’s website. This includes locating your phone, sounding an alarm, or wiping the data altogether in case you become certain that you can no longer recover your device.

An alternative to Find My Device is Cerberus, a paid app that adds extra features such as taking pictures and recording audio and video of the device holder, displaying messages that stay on the screen, and remote shell access to your phone.

Most people lend their phone to friends, family, or even strangers who want to make a phone call, oblivious to the fact that by doing so they’re temporarily exposing all their sensitive information.

AppLock is an application that—as the name suggests—enables you to lock down various apps. Once you install and activate it, the selected apps will require a PIN code to open. This can protect you against nosy friends and strangers who want to go through your chat logs and photos, or who might want to change your phone settings.

Cybercriminals are always looking for ways to compromise smartphones and remotely steal information. One of their conventional methods for doing so is to install apps with malicious code on their victims’ phones and use them to exfiltrate sensitive data. Android phones are especially vulnerable to this scheme because, as opposed to iPhone, it’s easier to install apps on them that haven’t been published on Google Play store and haven’t undergone professional vetting.

GlassWire is the best Android security app for monitoring the data usage of various apps installed on your phone in real time. The app lets you see a live graph of your apps’ data consumption and will alert you when a specific app’s data usage spikes. It’s a good tool to detect apps that are conducting unusual and suspicious activities.

If you’re a regular user of free Wi-Fi in public locations and malls, you should know that they’re riddled with security threats. If you’re not wary, malicious actors can intercept your internet traffic and steal your data or alter it. One of the best methods to protect yourself against theft or manipulation of data is the use of Virtual Private Networks (VPN). A VPN encrypts all your internet traffic, making it undecipherable to eavesdroppers. There are a handful of decent free VPN apps available on Android.

For secure browsing, you can also use Orfox, the mobile version of Tor browser. Like its desktop counterpart, Orfox encrypts your browser traffic and deflects it across several nodes before sending it to its destination, protecting you against both local spies and mass surveillance.

There are a number of decent endpoint protection solutions available for Android. The best Android security app for this is arguably Avast Antivirus and Security, a free app that offers an impressive range of security tools and features. Once installed, Avast will provide antivirus protection, monitor your apps for unusual activity and scan URLs for malware.

Avast also has an app locking feature, though it is limited to two apps when you’re on the free plan. You can also block certain apps from using Wi-Fi or network, which can be handy for security.