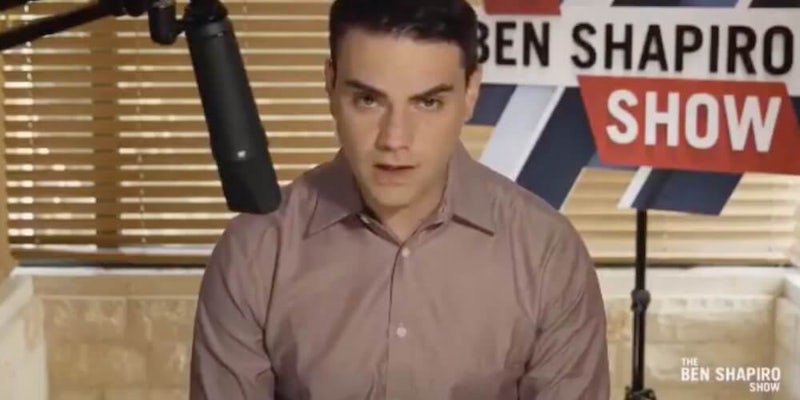 Right-wing commentator Ben Shapiro said in his daily show that his body, as a man, is governed and controlled the same as women.

He was responding to Sen. Kamala Harris (D-Calif), who said in the Tuesday Democratic presidential debate that there aren’t laws that govern men’s bodies like those of reproductive laws for women. In his response, he also said that the only difference between laws is that “men don’t have another human being inside their bodies.”

Videos of his comments have circulated on social media. One of the clips has about 160,000 views on Twitter.

“Ben Shapiro thinks laws regulating & prohibiting a woman’s access to reproductive health aren’t a big deal because there are laws that tell men what to do with their bodies,” Jordan Uhl tweeted.

Ben Shapiro thinks laws regulating & prohibiting a woman's access to reproductive health aren't a big deal because there are laws that tell men what to do with their bodies.

"I'm not allowed to use my body to sell drugs." pic.twitter.com/krSN8IfsVV

Kamala Harris: There are no laws that govern men’s bodies like they govern women’s reproductive rights.

ben shapiro is a dumb persons idea of a smart person. https://t.co/fxgsZMhskl

Ben Shapiro should shut up about women’s reproductive health https://t.co/pSaqMh8S2J

Shapiro is known for controversial comments, such as a statement last week that he would “pick up a gun” if his religious rights were infringed upon because of a pro-LGBTQ law that Democratic presidential candidate Beto O’Rourke proposed.