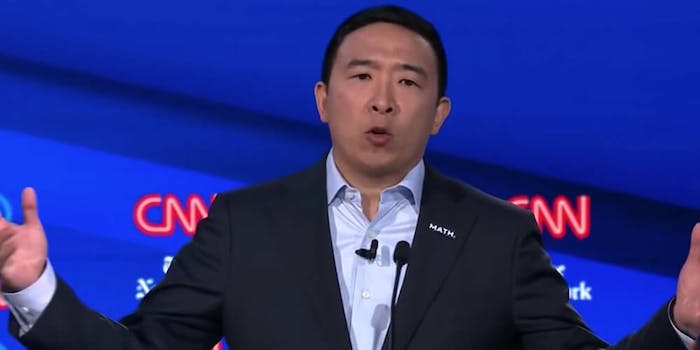 While discussing major tech companies and whether they should be broken up, Yang suddenly blurted out that “there’s a reason why no one is using Bing today,” saying that competition brings out the best in Silicon Valley giants.

Here's the video of Andrew Yang taking a swipe at Bing which you have to admit is pretty funny #DemDebate pic.twitter.com/ruGc8eXvyK

Even Yang’s own supporters turned against him on the issue.

“I finally found something to disagree with Andrew Yang,” Twitter user @2CSense added.

Commenters also used the #YangGang hashtag to make sure the candidate’s supporters knew he was in the wrong.

Who said the debates weren’t educational?