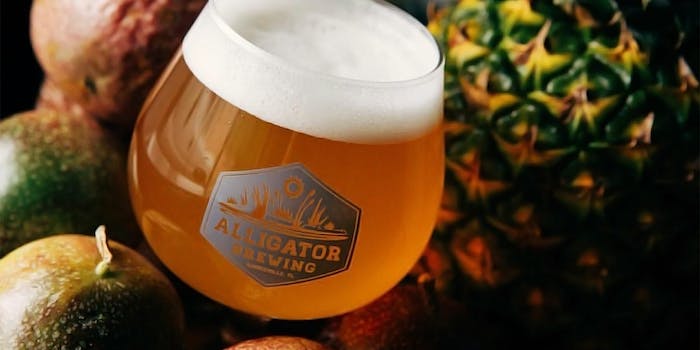 They want to see 'empty seats.'

A Florida brewery is asking anyone with tickets to notorious white nationalist Richard Spencer’s speech at the University of Florida to trade them in for free beer.

Spencer is scheduled to speak at the university on Thursday and has sparked a number of passionate protests ahead of the event. Alligator Brewery joined the conversation earlier this week when it pledged to get people to have a draft beer instead of listening to the speech.

“Here at Alligator we believe free speech is a cornerstone of our great nation,” the brewery wrote. “That said, speech that condones, let alone promotes racial supremacy has no home in America. And it sure as hell doesn’t have a home here in our beautiful home town.”

The goal of trading the tickets for free beer was to have the “reserved spaces” for Spencer’s speech become “empty seats.”

“We unfortunately can’t stop him from bringing his hate to Gainesville. But we can empty the room so his disgusting message goes unheard,” they wrote.

Ticket become available this Saturday, October 14th and each person can get two with a valid ID. This is our town. This is our home. Let’s do this Gainesville.

Spencer apparently got word of the plan and changed the way tickets would be distributed for the event.

“We’re going to have a system in place to combat that,” Spencer said, according to the Miami Herald.

The National Policy Institute, Spencer’s organization—which has been labeled a hate group by the Southern Poverty Law Center—is giving away free tickets, according to the newspaper.

Spencer was not invited to the university, but is renting a space on campus and threatened to sue when the university balked. His appearance has sparked numerous protests by students and local residents. Florida Gov. Rick Scott declared a state of emergency in preparation of the speech, after seeing other events in the past cause protests and counterprotests.

Spencer was also a prominent member of the white nationalists who held a rally in Charlottesville, Virginia, that caused violence and the death of one woman.