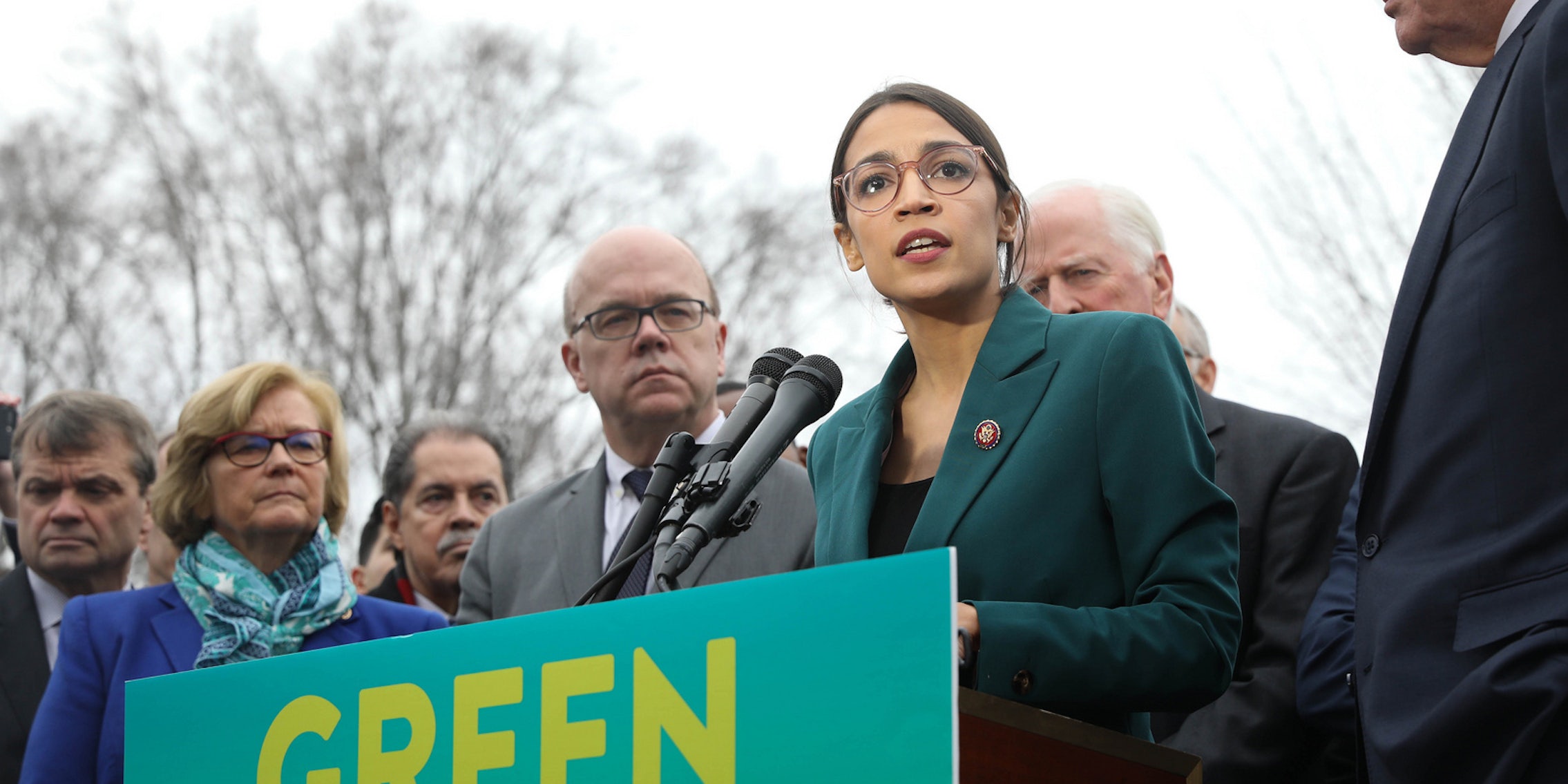 Ocasio-Cortez gets the superhero treatment in upcoming comic book

It's coming out in May.

Rep. Alexandria Ocasio-Cortez (D-N.Y.) will be featured in an upcoming comic book.

The comic book, Alexandria Ocasio-Cortez and the Freshman Force: New Party Who Dis?, will be published by Devil’s Due Comics, and will be released in May.

The comic promises to have the New York congresswoman and the “freshman force” take on “the establishment.” One cover has Ocasio-Cortez standing over a hurt red elephant while a blue donkey nervously looks on in the background.

A variant cover for the comic book’s “Washington Warrior Collector Variant” is similar, but has the lawmaker dressed similarly to Wonder Woman.

The founder of Devils Due Comics, Josh Blaylock, told ABC News that the book would be an anthology.

“I have a really, really nice, sweet one that’s just like a pleasant commentary on just being excited about things,” he told the news outlet. “There are some completely absurd, irreverent ones that are really like just cathartic venting about, you know, the current climate that we’re living in. Some are more just like a narrative, educational overview.”

He added that he was inspired to create the comic book after Ocasio-Cortez quoted the character Rorschach from the graphic novel Watchmen earlier this year.

“I see a fresh new body of congresspeople coming into the system that are asking the classic question of, ‘Why are things being done this way?” Blaylock told the New York Times. “AOC is looking at core issues I’ve never seen either side address.”