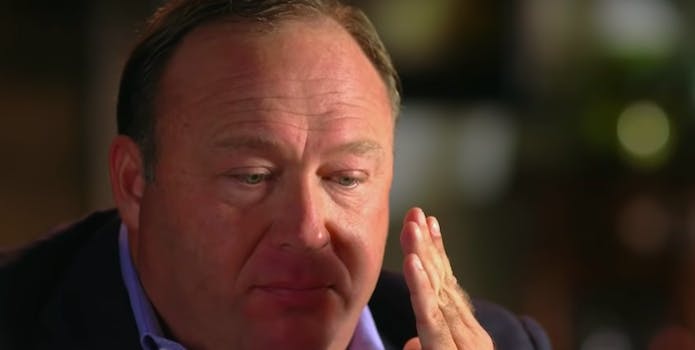 Instagram, one of the most popular social media platforms, remains one of the few to still allow Jones to share his views

Infowars is now broadcasting live from Instagram. It's the one major platform Alex Jones has not been booted from. pic.twitter.com/P1shBsYp3e

An account called @real_alexjones has over 273,000 followers and is not verified. It has existed since July 14, 2015, and has made no changes to its username since September 2017. As of October, the Daily Beast identified this account as belonging to Alex Jones. It has five episodes of InfoWars under the Instagram TV section, starting on Aug. 29.

Jones, known for his conspiracy theories about the 9/11 hijackings, for calling Parkland shooting survivors “crisis actors,” and for saying the 2012 Sandy Hook elementary school shooting was staged, has had his share of attention in the media.

But for him and his platform, 2018 wasn’t that great, as social media sites went under the national microscope. YouTube took the lead by first removing ads from his videos and then removing his account in July. Other tech companies such as Facebook and Spotify followed suit, the latter removing his podcasts from their platform. Both cited their policies against publishing material that incites hatred against communities because of their racial, religious, or other identities.

While Jones himself was banned from Facebook, his merchandise store InfoWars Store still remains on the platform, and functions largely on sponsored posts, a system wherein a platform can pay Facebook to have their work reach a wider audience.

Instagram continues to host right-wing extremists who have been denied a platform on other social media accounts. Following Martinez’s post, users on Twitter expressed their disappointment:

Hey @instagram ! My KIDS use your platform! Get your priorities right. Otherwise I can guarantee that millions of parents will opt out for on their own and their kids' behalf! Not good for you.

Hopefully that will change once IG wakes the hell up.

Martinez told the Daily Dot, “I first saw Friday’s live broadcast as it was happening on Instagram (the app usually notifies you when someone you’re following starts a live broadcast). We believe the account is tied to Jones and InfoWars because InfoWars’ site has previously promoted and embedded posts from the handle since @real_alexjones started posting in 2015.”

In an email to the Daily Dot Facebook said that the account does not violate Instagram’s Community Guidelines, and that removal of an account from the platform is based on a variety of factors.