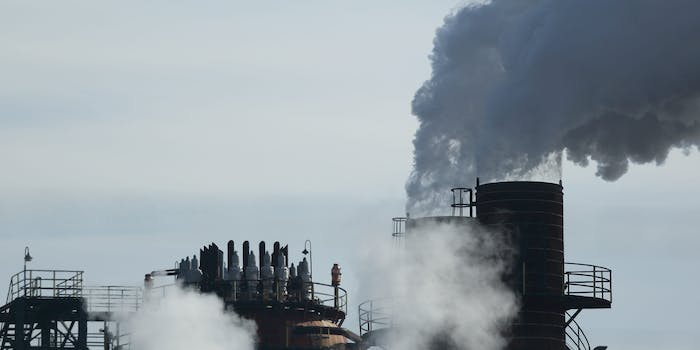 Activists are planning pull years of scientific information from the government’s largest civilian linked data service after a scare that the Trump administration planned to shut it down.

With the pending budget deadline this week, the Environmental Protection Agency warned on its Open Data service website that it was preparing to suspend technical work on the database ahead of a potential government shutdown if Congress does not pass a new resolution.

However, activists and scientists feared that funding was set to be ended altogether as part of President Donald Trump’s plan to cut back on climate and energy safeguards—partly due to anonymously protected EPA officials who allegedly alerted media outlets that there would be no financial provision for the maintenance of the site into the future.

On Twitter, the Washington Post’s Database editor Steven Rich led the effort and quickly wrote a script to enable the extraction of the data.

Well, let's get to scraping, my friends. pic.twitter.com/8svzlBYSuZ

UPDATE: Wrote script to pull all facilities, but there's data in each one. Anyone want to focus on how to parse this?https://t.co/6J0SDGzGoo

The Toxics Release Inventory Program, which provides a large portion of the aggregated data, claims that the public resource has been used to enable “informed decision-making by communities, government agencies [and] companies” across the country.

If the service was to be abandoned or taken down, citizens will no longer have access to important information on dangerous chemicals, environment, and climate.

As word spread online that the valuable resource was potentially in danger of disappearing, the EPA clarified that the site would still be available after Friday to quell the panic.

However, Rich and Reddit users on the r/datahoarder subreddit are definitely not prepared to take the chance that Trump would continue to keep the site live and are still planning to scrape and collect the information from the site.

And yes, I know this data isn't going down permanently now, but you never know and it doesn't hurt to pull and store just in case.

Environmentalists and open-data advocates cannot be blamed for their protective precaution; Trump is planning to sign new executive actions this week that take aim at environmental regulations and protection measures.

According to U.S. officials speaking to Reuters, one order set to be signed on Wednesday will address the president’s ability, under the 1906 Antiquities Act, to protect federal lands from mining and drilling by naming them national monuments. Another, due to be signed Friday, will order a review of suitable offshore locations for oil and gas drilling.