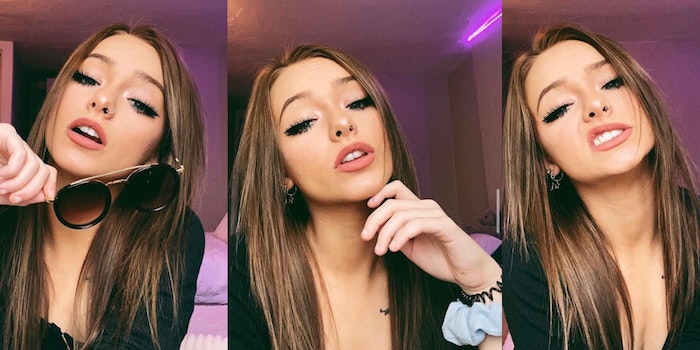 TikTok star Zoe Laverne checked herself into a hospital following widespread backlash about her inappropriate relationship with a minor, according to PopBuzz.