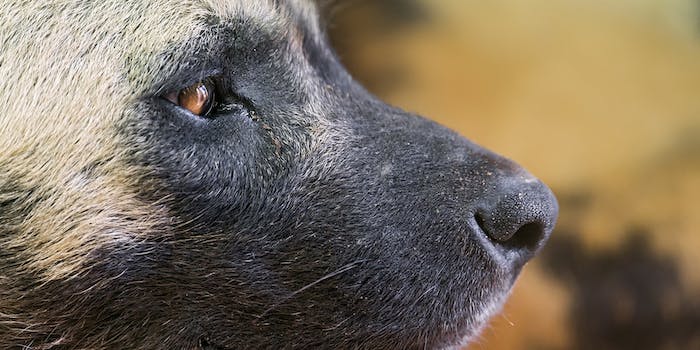 Tambako the Jaguar/Flickr (CC BY ND 2.0)

Chinese celebrities are speaking up.

Today is Father’s Day in the U.S., but for the Chinese province of Guangxi, it’s the start of Yulin’s dog meat festival, where approximately 10,000 dogs are expected to be slaughtered and eaten on the streets of Yulin, in celebration of the summer solstice. An estimated 15,000 were killed in the festival’s second year, but that number has since stabilized to around 10,000. As is tradition, the meat will be washed down with lychee wine.

But is it tradition? Yulin’s dog meat festival may be defended as one, but it’s only been around since in 2009. Another similar festival, the Jinhua Hutou dog meat festival, was cancelled by local authorities in 2011, after protests began to get out of hand. That festival actually did have a long-running tradition—it had been held annually for centuries—but the “dog meat” portion of its name was only added in the last decade, reportedly to boost attendance, a tactic that obviously backfired.

China and dogs have had an on-again, off-again relationship dating back to at least 500 B.C., when dog meat was considered to have medicinal properties that brought warmth to its consumers during the winter seasons, a belief still held by many. Some believe that wolves were domesticated in southern China as a source of meat. In 200 B.C., the Hun dynasty considered dog meat to be a delicacy.

This outlook would later change with the Sui and Tang dynasties in the late 500s to early 900s A.D., when consuming the meat was deemed an indecent act, and later dynasties would utilize the animals in hunting and agricultural practices (there’s no record of dogs being kept as pets during those periods—but it beats eating them).

Somewhere between then and now, things changed. If we look at the communist rule of the Mao dynasty, which considered pet ownership to be a decadent act of the bourgeois class, we can guess at an inverse correlation between times of prosperity in China and the amount of dogs eaten there.

Indeed, the rise of a stable Chinese middle class, as the country’s economy continued to boom over the past decade, has led to an increased compassion towards dogs. Why? Because more people can afford to own and take care of them, and the term “bourgeois” fell from style with the fall of the Berlin Wall.

Take the fact that the average Chinese citizen has more money, and add it to the massive influx of immigration into major cities—which means a massive influx of lonely people—and you get a climate in which more and more people are viewing canines as man’s best friend.

Although the Yulin government has banned the slaughter of dogs in the streets and advertisements containing the words “dog meat,” they also, according to the Washington Post, don’t recognize the festival as being an actual thing that exists. To the city’s government, it’s not a sanctioned event, but rather a few people just getting together to celebrate the solstice. In other words, unlike the city officials who shut down the festival in Jinhua, expect officials in Yulin to have a much more hands-off approach to the situation.

Or maybe not. Thanks to an explosive social media movement that’s gaining more momentum daily, the pressure for city officials to cancel these festivals is stronger than ever before. Ricky Gervais has taken a strong stand against the movement, using his Twitter presence to attack the activities in Yulin:

Whether you're an atheist or believer, vegan or hunter, you must agree that torturing a dog then skinning it alive is wrong. #StopYuLin2015

That hashtag #StopYuLin2015, has graced nearly a million tweets, and a Change.org petition currently has nearly 3.5 million signatures. The tweet below sums up the festival’s activities quite well, and spares you the pain of having to do a Google image search.

The movement has also seen traction with Chinese celebrities such as Sun Li, who posted photos of her son with their adopted dog on her blog. Here’s a translation:

“Dog is man’s most intimate and loyal friend, I love dogs too dogs, and even a part of them as family, my kids from middle school to adopt stray dogs a lot of love and beauty.Guangxi Yulin do not want to eat a dog for pleasure, since it is a bad habit is cruel practices must resolutely resist! We should not give the knife toward the comforting touch too happy to help with our friends! Love is a blessing, let us put aside old habits, you treat a friend!”

Yang Mi has also used her massive blog following to bring light to the festival’s cruelties, saying in one translated post:

“Dogs on people loyal beyond my imagination, I take the dog as a friend, I do not eat dog meat, I am opposed to the dog for food. Dogs very good, do not eat them! ! For this reason, I am opposed to 2014 06.21 Guangxi Yulin summer solstice festival lychee dog! I appeal to stop any dog section. Human single Li Bo needs everyone’s recognition and support! Whether you love dogs, not for points like, just forwarding.”

It’ll be interesting to see if the social media campaign affects the festival this year. While officials have no plans on stopping it, they didn’t plan on stopping the Jinhua festival in 2011, either.

Chinese legislation on the festival is iffy—it may actually be illegal, technically, but that doesn’t mean the laws broken will be enforced.

We should note that, amongst all this talk about eating dogs in the East, us Westerners shouldn’t get too cocky about the fact that we don’t eat them. The cruelty is one thing, but the act of putting an intelligent animal in our regular diets isn’t something that we can claim innocence on.

Photo via Tambako the Jaguar/Flickr (CC BY ND 2.0)