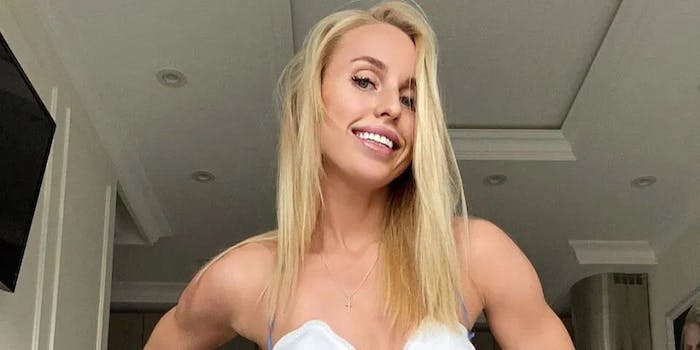 Influencer dragged for wearing bikini made of medical masks

It's not a good look.

Russian influencer and fitness model Yulia Ushakova is being dragged online after posting a picture of herself wearing a bikini made entirely out of medical masks.

According to the New York Times, medical providers all over the globe are facing a shortage of supplies, primarily masks, in the wake of the COVID-19 pandemic.

“I ordered a new trend of the swimming season 2020,” the translated caption reads. “The built in valves make it easier to breath, but the set needs to be changed every two hours! I don’t know if this challenge is already on Instagram, but I like the idea!”

While the post received over 9,000 likes, some users didn’t seem to find the joke very funny, calling it “very inappropriate.”

“There is a global lack of masks,” one user wrote. “This is the worst joke I have seen during these horrible days.”

Ushakova is not the only public figure getting dragged for not taking the pandemic seriously enough.

Earlier this month, Vanessa Hudgens came under fire for making insenstive comments about the spread of the virus.

“Even if everybody gets it, yeah, people are gonna die, which is terrible, but like, inevitable,” Hudgens said.

Ushakova has yet to respond to any of the negative comments on the post.