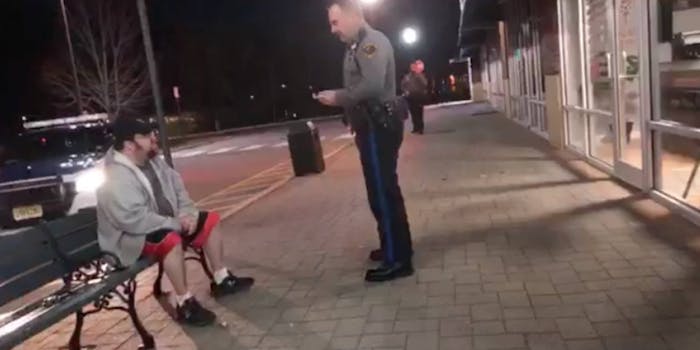 This is the YouTuber’s second time trying to take down a predator. The first time resulted in an alleged predator's arrest.

Last week, Rashawn Bass lured a suspected child predator to a Five Guys by posing as a 14-year-old girl online. Now, he’s back at it.

Bass, creator of the “Minority vs Predator” YouTube channel, uploaded a video of the initial incident on March 1. The video has racked up over 200,000 views.

According to Daily Voice, Bass created his channel to provide a series of tips that “shed some light and bring awareness to the amount of online child predators exist, and how easily your child could become a victim.”

Billhimer, the Ocean County prosecutor of the High Tech Crime and Special Victims Unit took over the case. After an investigation of authenticity was conducted, detectives arrested Phillip Stone, a 33-year-old Jersey Shore man, and charged him with luring and attempted sexual assault.

“This is a dangerous thing for private citizens to do,” Billhimer said. “Anything could’ve gone wrong there. It could’ve turned violent. Innocent people could’ve been hurt. We’re fortunate in this case that it didn’t go wrong.”

Despite the warning from police, Bass was quickly back at it again.

On Sunday, Bass set up a sting outside Five Guys yet again in order to catch another suspected child predator. This time officers intervened during the meeting after Five Guys employees alerted them that a “possible luring of an underage female” was being captured on Facebook Live.

The Ocean County Prosecutor’s Office said Monday it is investigating the incident, according to nj.com. No charges have been announced.

Yet, local officials are continuing to plead with the public to heed caution and avoid conducting vigilante-like operations for “legal and safety” reasons.

“Private citizens who take it upon themselves to investigate what they believe to be criminal conduct may compromise the potential investigation,” Ocean County Prosecutor Bradley D. Billhimer said. “They can also find themselves in a very dangerous situation. Please leave criminal investigations to the professionals.”