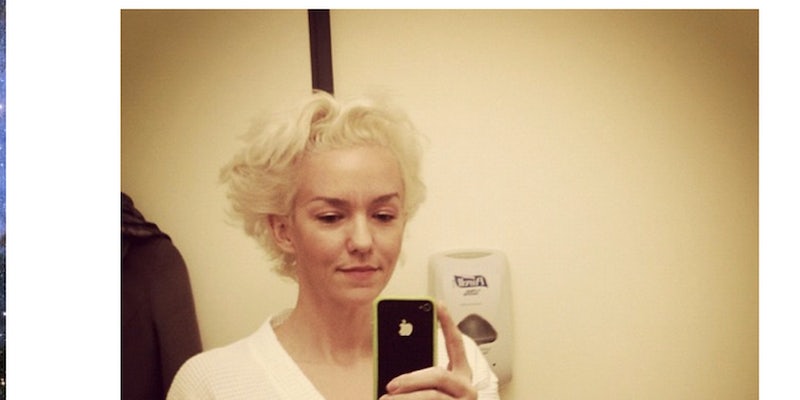 After live-tweeting her mammogram, Xeni Jardin had little choice about revealing her diagnosis, too.

Once news we used to share only with loved ones and close friends, breast cancer, too, has crossed over into the expanding public spheres of our lives. Xeni Jardin, who’s been sharing her world travels, whims, and wisdom with millions as a popular blogger, tweeted late Thursday night that she had breast cancer.

Hours before she shared her diagnosis, Jardin, a cofounder of the popular blog Boing Boing, had tweeted to her nearly 50,000 followers that she was getting a mammogram.

“Two of my friends were diagnosed with breast cancer this year,” she explained. Both, she noted, were “below the starting age generally recommended” for mammograms, and so she, too, would get one. Jardin is 41.

Later that day, she live-tweeted pictures and observations from her first mammogram and then wrote several tweets talking about the anticipation of seeing the doctor.

Six hours later, she announced she had cancer. That’s unusually fast even given recent medical advances, according to the Centers for Disease Control’s mammogram guidelines, which state that results can take weeks to arrive. (Those guidelines were updated on November 28.)

Jardin tweeted that she went to  the Pink Lotus Breast Center in Beverly Hills, Calif., which promises fast diagnosis.

In the close-knit blogging world, many immediately connected Jardin’s public revelation of her diagnosis with the case of Forbes blogger Susannah Breslin, who shook up Twitter and the Internet in general on Monday by announcing she had breast cancer—and then writing about it.

Many expressed disbelief that not one, but two prominent female bloggers had been diagnosed with breast cancer.

And breast cancer certainly hits a raw nerve. According to the Centers for Disease Control, in 2007, the most recent year for which statistics are available, 202,964 women in the United States were diagnosed with breast cancer and 40,598 died from it.

“Thank you for all your sweet wishes of love and support. The kindness of friends both old and new keep me afloat in uncharted waters. Love.”