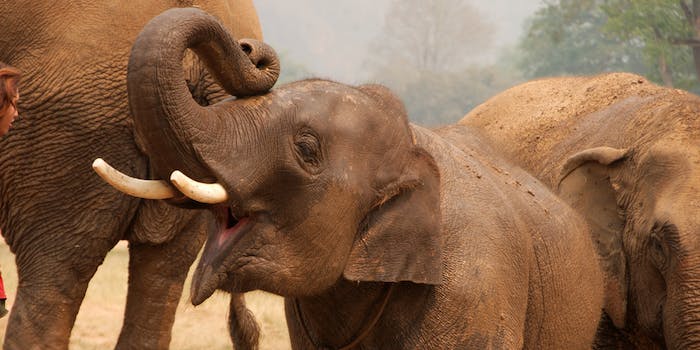 Awesome elephant takes a selfie with a GoPro camera

They say elephants never forget. Well, you definitely won’t forget this pic, which is reportedly the first elephant selfie of all time.

According to Buzz60, the “elfie” was snapped after an elephant grabbed Christian LeBlanc’s GoPro that was set to continuously shoot. The giant apparently picked up the GoPro after being fed some bananas, and got the perfect pic by extending its trunk.

Let's get this Elfie on Ellen Degeneres! #ElfieOnEllen @theellenshow

If you can teach a dog how to take a selfie, you can most definitely teach an elephant.