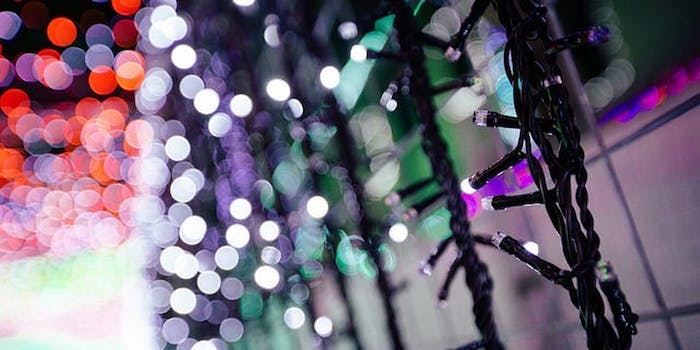 Santa should be able to spot this thing from 30,000 feet.

If you’ve ever spent a day untangling strings of Christmas lights that were blithely tossed into a cardboard box the previous January, you’ll appreciate the sheer madness of this Australian dad’s holiday display—which Guinness World Records confirmed as the largest worldwide.

Commissioned for the center of capital city Canberra, the installation includes 1,194,380 LEDs arranged in the shape of three wrapped gifts, as well as thousands more backdrop lights, all covering a surface area of 3865 square meters, according to Guinness officials.

David Richards, chief architect on the project, first won Guinness honors for his home Christmas lights in 2011, with the title then going to a Shuran, Uzbekistan, display the following year. But Richards reclaimed his mantle in 2013 with even more spectacular decorations, which drew big crowds to his home and helped raise money for children’s charity SIDS and Kids ACT. He and his family have pulled $200,000 in donations over the years.

It’s enough to make any Grinch’s heart swell out of all proportion—along with the electricity bill.