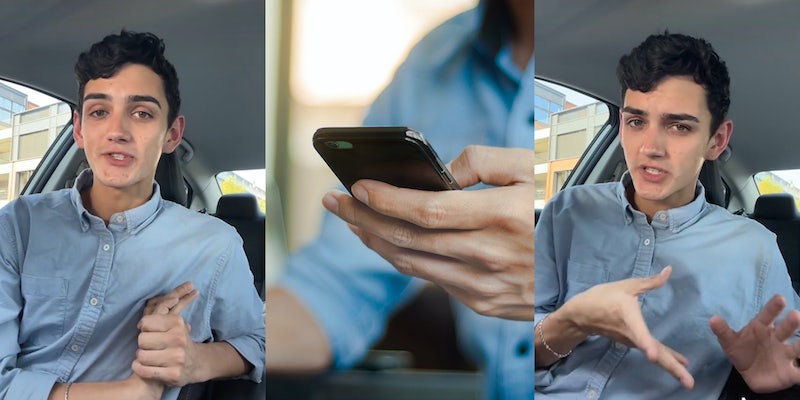 ‘Office work is a joke’: New corporate worker says no one works—they’re always on their phones

'The hardest jobs I've ever had paid the least, the more I'm paid the less I have to do.'

A corporate worker says that he noticed that “everybody is always on their phones” at his new office job, sparking discussion on job responsibilities and workplace environment.

In the video posted by TikToker Chandler (@plasticchandler) on Sept. 16, he says that he “recently got [his] first corporate job” and noticed that his co-workers spend a lot of time on their phones during the workday, a far cry from his experience working in food service.

“Like today, I was coming back from the bathroom, and I saw a group of guys huddled around a computer, and I was like, what are they working on? They were watching football,” Chandler says in the clip. “Like, we’re clocked in.”

He points out that many of his co-workers may have spent “over a hundred thousand dollars” to get a degree, only to get a job where they “don’t have to do anything.”

“I’m just so confused because I used to have to leave Starbucks early because we weren’t busy enough and now I get to sit on my phone and get paid for it,” he says. “That’s why all of these jobs are like, ‘You have to have a Bachelor’s degree.’ Yeah, because they’re mad that other people can come in. It makes so much sense.”

The video has amassed over 96,000 views as of Sept. 19, with commenters corroborating Chandler’s experience. Many said that their highest-paying jobs have been the “least” demanding.

“The hardest jobs I’ve ever had paid the least, the more I’m paid the less I have to do,” one commenter shared.

“So hard to get used to, coming from a work environment where they nickel and dime you about hours. Feel so guilty you can’t even enjoy free time,” another said.

“The better you get paid and the higher your status the more you can get away with,” a third added.

Others shared that they turn to their phones because their daily responsibilities only take a few hours to complete.

“I have a job like that and did get a 4 year degree (no debt) but I just get my work done in like 3 hours so there’s nothing to do haha,” one user wrote.

“The actual work takes 4 hours max to do and they still don’t want you to leave when your done,” another said.

The Daily Dot reached out to Chandler via email.