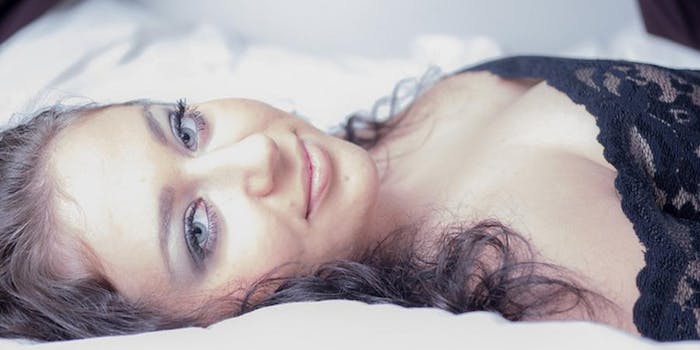 A new infographic shines light on the surprising issue women are experiencing in bed.

Another issue is that many women find it much easier to climax by using vibrators, and with those easier orgasms comes a lot of hand-wringing about how vibrators have caused “dead vagina syndrome.”

But we’ve already debunked all that. Vibrators do not destroy your clitoris or vagina, and even if you do have decreased vaginal sensitivity (for whatever reason), orgasms and sexual pleasure are definitely still possible, according to science.

Communication about likes and dislikes is incredibly important to a happy, healthy sexual relationship with another person or people. But research shows that many people struggle to communicate with their partner about their turn-ons and turn-offs. When you’re going it alone, you’re free to explore and take your time without having to worry about pleasing and performing for another person.

Photo via Paul Cleary/Flickr (CC BY 2.0)