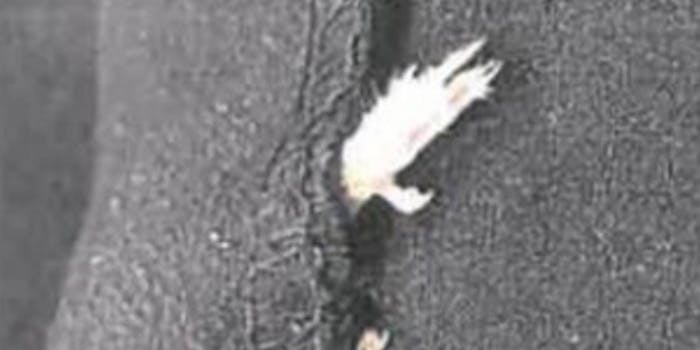 How gross? Too gross.

It’s pretty common to take home a new clothing item and notice a hair, or a slight stain from previous shoppers trying it on. But a rat? That’s a different story.

The 24-year-old told BuzzFeed she noticed a “disturbingly pungent odor” while wearing the dress to work. After rubbing her hand along the hem and reaching for what she thought was a loose string, she noticed a bulge—which apparently turned out to be a decaying rat sewn in the seam.

As a result, Fielsel says she developed a rodent-born rash.

This incident could be a direct result of hasty production and unsanitary conditions in the factory, making it easy for a rodent to get caught in between machinery and processed in the creation of the piece.

Hopefully this will be the first and last rat someone finds in a Zara product.