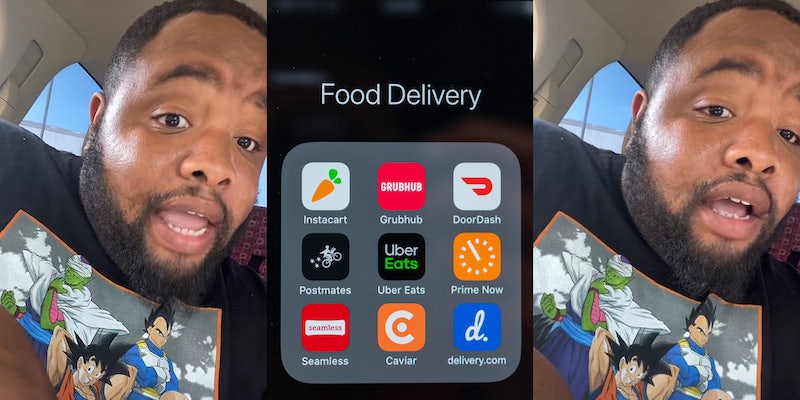 ‘What the f*ck would y’all have done with my wife if I wasn’t with her?’: TikToker says his wife’s delivery customers expected her to come alone, warns of safety concerns for women delivery drivers

'Why do you have a man with you? I was expecting you to come by yourself.'

A TikToker has gone viral after sharing his concerns about the safety of women delivery drivers, citing an experience he had with his wife.

In the video, user Suge (@thabigsuge) explains that his wife works for a company that delivers food. One day, she picked up an order and he decided to join her in the delivery as they were already together.

“Before we even get to his location, he sends her a message telling her to come through the alleyway, like the back of the house,” Suge recalls. “To me, that raised a red flag.”

Once they arrived at the front of the house, Suge and his wife observed that the orderer was already outside of his house.

“As we approached him, he asked her, ‘Why do you have a man with you? I was expecting you to come by yourself,’” Suge states.

At this point, another man came out of the house wearing no shirt. Suge responded by opening his door and asking if there was a problem, at which point they both went into the house.

“So now I’m questioning, what the fuck would y’all have done with my wife if I wasn’t with her?” he asks at the video’s conclusion. In the caption he adds, “Please protect yourself.”

In comments, users echoed Suge’s sentiment, with many citing safety concerns as a reason that they quit driving for delivery services or have implemented other measures to protect themselves.

“This is why I stopped doing Instacart,” one user wrote.

“I use my husbands account for this reason so they always think it’s a man showing up,” another claimed.

“Yep same with Amazon … I never went to the back door .. I’ll throw that ish across the fence,” a further user stated.

“And this is why I stopped doing DoorDash. Started to feel too risky,” an additional TikToker explained.

Others speculated that maybe Suge’s presence in the car wasn’t incidental, claiming that there were higher forces at work that brought him along with his wife that day.

“I get the feeling u randomly deciding to take her wasn’t quite random at all,” a commenter shared. “Everything happens for a reason.”

“That wasn’t nothing but God, that made you want to take her!!” another TikToker said.

Suge noted in comments that his wife reported the incident to her delivery company.