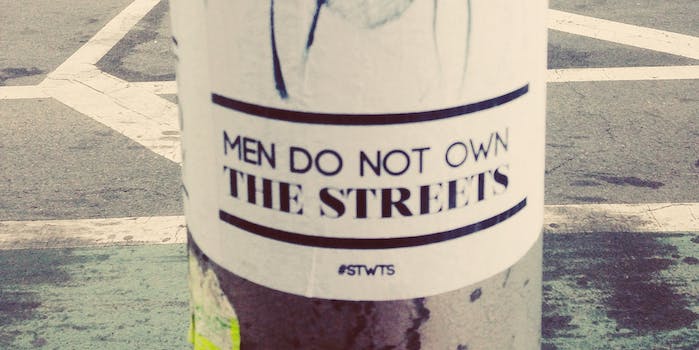 Woman makes man apologize on video after he sexually assaults her

He says he attacked her because she was attractive and he was intoxicated.

On Saturday evening, Azmina says she was walking down the street with her boyfriend in Central London, when a man walked by and punched her in the vagina.

In a Facebook post that has since gone viral, Azmina (who prefers to go by her first name only for anonymity) says that she yelled after her attacker, confronted him, and told him what he did was not OK. He was aggressive at first, approaching her boyfriend like he wanted to fight, so she called the police to no avail. Even when he continued to blow her off and be dismissive about the attack, she kept following him, asking him why he sexually assaulted her.

“Was it because he assumed there would be no consequences?” Azmina, who works as a women’s rights campaigner, wrote on Facebook. “That I would just remain silent and get over it? Was it because I was a young-ish woman? Because I am a brown-skinned woman? Did he think it was OK because I was wearing heels? He responded that it was because ‘I was attractive and he was intoxicated.’”

When he realized she was serious and wasn’t going to let up, he apologized. But that wasn’t good enough. She pulled out her phone and made him say her name, admit what he did, and apologize on video.

When a guy sexually assaulted me in London I chose to confront him & make him apologize – on camera #everydaysexism pic.twitter.com/Opgqxl1gpL

In the video, the assaulter—swaying, slurring, and in a cocked ballcap—admits “what I did was totally wrong,” which was “punching you in the crotch.”

The video has since been viewed more than 44,000 times on Facebook. We reached out to Azmina for comment, but haven’t heard back as of this posting.

You can read the entire story here: