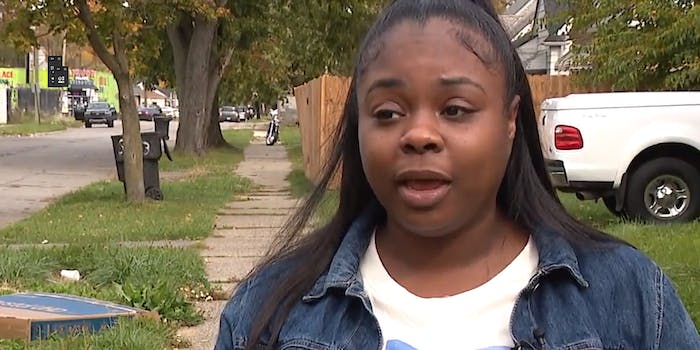 Woman says pastor peed on her as she slept during flight

'I screamed and that woke everybody up

A woman whose story has gone viral says a man peed on her while she was asleep during a Delta Air Lines flight from Las Vegas to Detroit, according to multiple sources.

The woman, identified as Alicia Beverly, was on the red-eye flight on Monday, and most people on her flight were asleep, according to WJBK. The accused has been identified as a renowned North Carolina pastor, though his name has not been published by the media.

Alicia was asleep next to her sister in a back seat. She woke up after she felt “something warm” on one side, she told WJBK. After she came to her senses, she realized a man was exposing himself at her eye level.

“I jump up and I seen his private area out and I screamed and that woke everybody up,” Alicia told WJBK. Once she realized he was peeing on her, she looked around and saw “a puddle of pee in the seats.”

“He didn’t say anything the whole time he was standing there,” she added.

After other passengers were alerted, an off-duty officer who was on the flight came to the scene and put the man in restraints.

Alicia said she had to sit in her pee-soaked clothes for the rest of the flight and has had severe anxiety since the incident. She had to leave work early the next day, and she’s getting little sleep.

The pastor, who sources say was having a reaction to a sleeping medication, has reportedly been taken to custody. He is yet to be charged, according to WJBK, but the incident is being investigated by the FBI, which monitors incidents that take place in air.