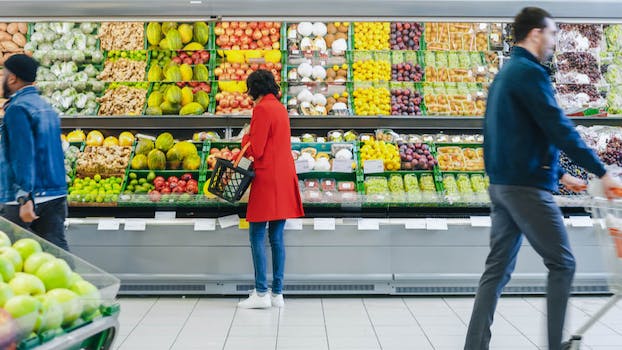 A Pennsylvania woman was charged with making terrorist threats after claiming she had the coronavirus and then coughing on produce in a local supermarket.

On Wednesday, Hanover police released a statement on Facebook detailing the incident, which occurred in Gerrity Supermarket and identified the woman as Margaret Cirko.

“Police were called to the business after Cirko entered the store making verbal threats that she was sick while intentionally coughing and spitting saliva/bile on produce/meat/merchandise,” the statement reads. “Cirko continued this behavior in several aisles before attempting to steal a 12-pack of beer as she was being ordered to leave the store by employees.”

The co-owner of Gerrity Supermarket, Joe Farsula, also posted on Facebook detailing the store’s account of the incident.

According to Farsula, after the “twisted prank,” the store had no choice but to dispose of the food and “clean and disinfect everything.” Farsula expressed his dismay over the food wastage, especially during a time of food uncertainty as a result of the current pandemic.

He also claimed the incident cost them over $35,000 in food goods.

“Although we haven’t quantified the total loss, we estimate the value to be well over $35,000,” the post stated.

Many online are outraged by the incident, calling Cirko “sick” and “pitiful.”

“National crises bring out the best and worst of people.If you really want to ascertain someone’s character, observe their behavior during times of stress,” they stated.

Others want her to pay back the cost of the food.

According to HuffPost, the U.S. Justice Department sent a memo to federal law enforcement officials announcing it can prosecute certain coronavirus-related crimes as acts of terrorism.

As a result, she was charged with felony counts of terrorist threats, threats to use a “biological agent,” and criminal mischief, as well as misdemeanor counts criminal attempt to commit retail theft and disorderly conduct.