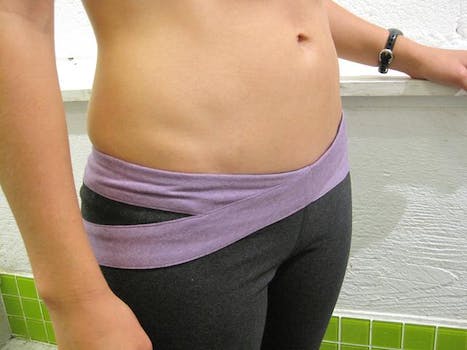 “I wouldn’t allow anyone to sit in without a top,” the barista said.

Another Internet day, another almost-boob sighting. On Thursday, a British personal trainer wearing leggings and a sports bra was told to leave a South London cafe by a barista who had had it up to here with unsafe cafe attire.

The UK’s Mirror reports that Davina Ward, 35, went for a coffee at Costa Café with a friend after leaving a “ninja skills lesson.” After she paid for two coffees, the barista informed her that she needed to cover up, citing “health and safety and common sense.” The barista continued, “I wouldn’t allow anyone to sit in without a top.”

The personal trainer was not having it. “I’ve never been so angry in my life… I’m absolutely fuming,” Ward told the Mirror. “Why would they let me sit down and then embarrass me by telling me to leave?”

Having nothing to change into, she was forced to leave the cafe after fighting for a refund. Ward continued on to Starbucks, and then Nandos, in her same workout clothes.

Davina has won legions of Internet allies after she took her complaints to Twitter.

Amid an online backlash, Costa Cafe representative Kerry Parkin apologized via the Mirror and promised to investigate the incident. But it seemed Internet justice had already been dolled out, with Ward’s follower count swelling in the aftermath.

Many have tweeted their support of Ward and promised to boycott the café chain, noting the hypocrisy of Costa’s actions (Ward claims to have worn the same attire at other Costa locations without issue) and the lack of foresight in messing with a ninja.

He’s not kidding, either.