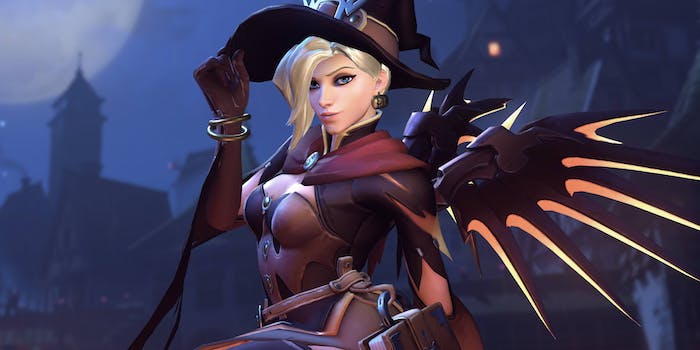 In Witch Trainer, players gradually corrupt a busty, adult Hermione Granger, who proceeds to do everything from make out with other girls to flash her fellow students. Several other developers have since modded Witch Trainer with their own additions to expand on the core gameplay. Of particular note is Silver Studio Games’ enormous mod Witch Trainer Silver, which adds more characters, an interactive map, and several quality of life improvements. For the original Witch Trainer, visit Akabur’s website.

Mercy is arguably the most lovable character in Overwatch. Confident yet kind, friendly yet unafraid to fight, Mercy is an easy character to love because she’s empathetic, yet has multitudes. But Mercy undeniably looks her best when she’s wearing her witch outfit. Slim, tight, and showing off her bust ever so slightly, it’s hard to swap it out with any other skin. It’s also easy to get distracted by her on the battlefield.

“Username checks out,” one redditor responded.