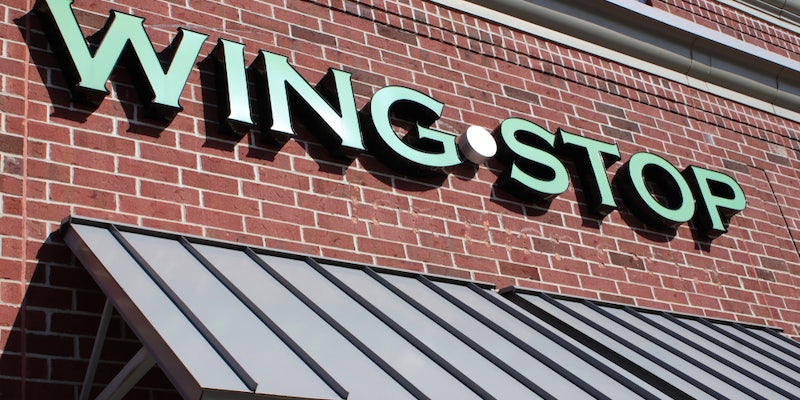 ‘Don’t try the ranch’: Man claims Wingstop employees are having sex in the back in viral TikTok

'Oh nah they f*cking at the Wingstop.'

A TikToker says that while he was in a Wingstop, two employees were having sex in the back of the restaurant.

“Oh nah they fucking at the Wingstop,” Liam wrote in the video’s overlay text. On Wednesday, Liam’s video had almost 6.5 million views. It’s unclear where this video took place.

In response to a comment about whether or not Liam’s video was a joke, he confirmed that it’s not, but also that he had “no idea” what the employees were doing.

Many commenters made dirty jokes about Wingstop’s menu items being affected by employees allegedly having sex near them.

“‘Why my wings a lil more salty,'” @giannasbabydaddy commented.

“That’s why the ranch is so damn good,” @sonderdaughter wrote.

“Not this showing up on my FYP while I’m in Wingstop waiting for my order,” @darriansworld commented.

Plus, one identified himself as a former Wingstop employee and confirmed Liam’s video.

“I can confirm this happens there,” @itz_a_ugos commented. “Reason I left.”

Liam posted a follow up video, saying that after ordering from Wingstop again, he considers his food to be “a little suspicious.“

Fast food restaurants have become a viral battleground over the past year. Recently, a Dunkin’ employee has gone viral for saying he pocketed money from a customer’s “pay it forward” gesture while a McDonald’s patron claimed she received an egg instead of chicken nuggets. Likewise, a woman walked into the back at a Sonic and attempted to take her own order.

The Daily Dot has reached out to Liam via TikTok comment, and Wingstop via email.