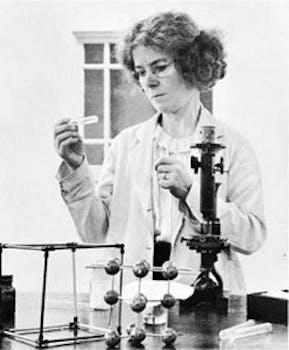 Wikipedia editathon aims to improve articles on women in science

Wikipedia’s well-documented woman problem is so bad that even Britain’s most prestigious science society has taken notice.

On Oct. 19 the Royal Society—whose past fellows include Newton, Charles Darwin, Albert Einstein, and Stephen Hawking, and whose current fellows boast a combined total 80 Nobel prizes—will host a Wikipedia “editathon” to beef up the encyclopedia’s coverage of women scientists.

Anyone can edit Wikipedia, but the site’s own surveys put the female editor population around 9 percent. Cofounder Jimmy Wales has described the average user as a “26-year-old geeky male” and has publicly expressed concern about how the gender imbalance skews Wikipedia’s content. In July, he noted that an entry on Kate Middleton’s dress was pulled because it wasn’t “notable”—meanwhile, Wikipedians have no problem chronicling every new distribution of Linux with methodical obsession.

“The Wikipedia idea struck a real chord in me because I read about a year ago that the typical person who writes entries for Wikipedia is a man,” Uta Frith, a professor of cognitive development and a Royal Society Fellow, told the BBC. “That really started alarm bells ringing because we don’t think about it—who is doing all this work?”

The Royal Society’s editathon guests will target the biographies of Dame Kathleen Lonsdale, a Royal Society fellow and crystallographer who discovered the chemical structure of benzene, and Dr. Elsie Widdowson, who oversaw the addition of vitamins to food during Britain’s World War II rationing program.

Meanwhile, they plan to add new pages entirely, for other women and, in particular, Mary Buckland, a 19th century archaeologist. When the Royal Society made the editathon announcement earlier this month, Buckland was only given a passing reference in her husband William’s Wikipedia page, though the pair worked closely together for many years. Someone has since beaten the group to the punch, however: Mary Buckland’s page was created shortly after their announcement.

Altogether, 15 editors will add to existing articles or create new ones, according to the Telegraph.

Photo of Lonsdale via Wikimedia Commons