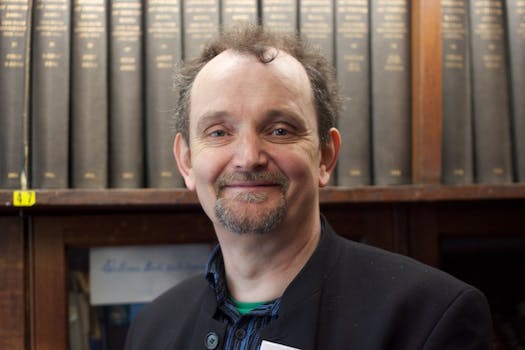 The Wikimedia Foundation is investigating whether a trustee abused Wikipedia's front page to promote his clients.

At the heart of the controversy is Roger Bamkin, a Wikimedia U.K. trustee and former chairman who is accused using his position with Wikimedia to secure a paid role as an advisor to the government of Gibraltar, a tiny British territory off the southern tip of the Iberian Peninsula.

A week after CNET’s Violet Blue reported on the debates raging on Wikipedia’s forums, Bamkin resigned.

But the story didn’t end there. Wikimedia hasn’t ignored the bad press from around the world the allegations have brought. In a joint statement issued Sep. 28, Wikimedia and its U.K. branch  announced they would handle the allegations in their own way. From the statement:

Over the past six months, a Wikimedia U.K. trustee led two Wikipedia-related projects, Monmouthpedia and Gibraltarpedia, in a way that seemed to some observers to blur his roles as a Wikimedia U.K. trustee, a paid consultant for the projects’ government partners, and an editor of the English Wikipedia. This raised questions in the Wikimedia community about whether a trustee was able to balance appropriately the interests of his clients with his responsibilities to Wikimedia U.K., the values and editorial policies of Wikipedia, and whether any conflict of interest that arose as a result was effectively managed.

Bamkin’s work centered on his QRpedia project, which aims to plaster localities with QR codes—basically barcodes that, when scanned with a smartphone, pull up a relevant Wikipedia page. Gibraltar hired Bamkin to launch a QR project in the country after his success on a similar project in the small Welsh town of Monmouth.

In September Wikipedians accused Bamkin of being paid to promote articles about Gibraltar on the site’s homepage—allegations which Bamkin furiously denied.

“The project does not involve me in being paid to create articles,” Bamkin wrote in an email sent to Wikimedia U.K.’s public Listserv. “I am creating plaques based on QRpedia, I am supplying training and I am encouraging people to use and edit Wikipedia.”

Still, Bamkin admits to nominating Gibraltar-stories for front-page positions in Wikipedia’s Did You Know section, which can drive a significant amount of traffic. And whether he was explicitly paid to do so is irrelevant under Wikipedia’s conflict of interest guidelines. The site recommends users “avoid editing or exercise great caution when editing articles related to you, your organization, or its competitors, as well as projects and products they are involved with.”

The way Bamkin presented himself to Gibraltar will likely be a central issue in the investigation. Did he leverage his influential role with the Wikimedia Foundation as a selling point to get hired? Bamkin has said he did not–that Gibraltar approached him based on his work in Monmouth, and that he’s been completely transparent about potential conflicts of interest all along.

“Those who voted for me and/or attended the last wiki AGM/conference are aware that I was (and am) offering my expertise as a consultant,” he wrote to the Wikimedia U.K. Listserv.

But does that excuse Bamkin? And, more importantly, what does it say about the rest of the Wikimedia U.K. organization? Why did it take a raucous debate on Wikipedia itself for the board to finally recognize there might be a problem with a trustee hawking his experience for cash?

That, we hope, will be a major subject of the forthcoming investigation.

UPDATE: The story has been corrected to emphasize that the ethics probe is a joint inititative between both Wikimedia and Wikimedia U.K.