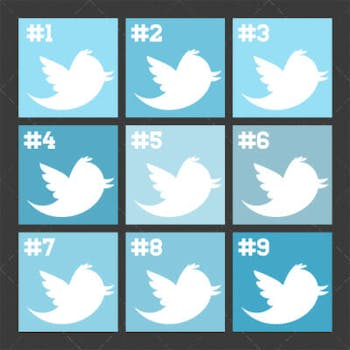 When asked, "Who do you want to meet?" Twitter is full of answers.

Back in the day, every child dreamt of one day meeting the President of the United States.

Now, all they want to meet is celebrities.

Over the last 24 hours, more than 60,000 people have flooded Twitter with the names of people they would like to meet using the hashtag #10twitterpeopleiwouldliketomeet.

According to a list compiled by the Daily Dot using social media search engine Topsy, the top 10 people mentioned are mostly singers and a reality TV star.

This is no surprise considering the top 10 Twitter users with the most followers are mostly singers (with the exception of Ashton Kutcher, President Barack Obama and Kim Kardashian).

Obama, Christine “Snooki” Polizzi (of the Jersey Shore) and Greg F., a 21-year-old writer who goes by @irespectfemales on Twitter, almost made the cut but were edged out by the celebs.

Here’s how the rest of the list panned out:

Nominate whomever you like, we still want to meet Danny DeVito.