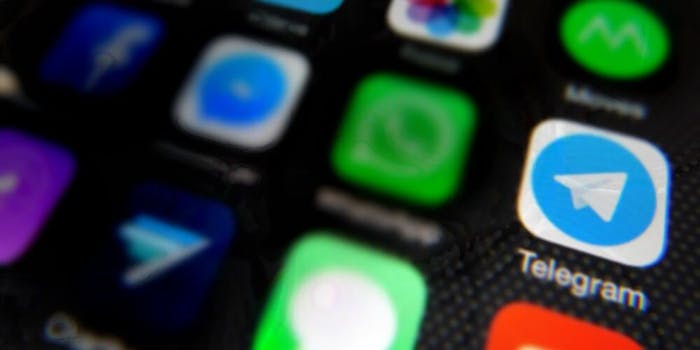 They called it their 'obligation.'

According to the intelligence shared, the members of a white extremist group, identified as White Racially Motivated Violent Extremists (WRMVEs), said that is was their “obligation” to spread the virus among minority communities.

White extremists have been having these conversations on Telegram, which has become a hotbed for such communities, the Anti-Defamation League reported in December. It’s where many white extremists connect after they’ve been banned by other platforms, according to the report.

On Telegram, the conversations took place in channels that followed white supremacist James Mason, who followed after Charles Mason and is deemed responsible for shaping an entire generation of Neo-Nazis.

They discussed extensive and meticulous means of spreading the virus which included: leaving their saliva at local FBI offices, using bottle sprays to squirt saliva in the face of law enforcement, leaving coronavirus laced items” at scenes after carrying out crimes such as arson, and spreading coronavirus germs in “non-white neighborhoods,” according to the brief.

“This possible threat can likely happen due to the fact that WRMVEs have been known to travel abroad to adapt foreign terrorists’ tactics,” read an analysis in the brief. “It is likely that they would be willing to go to China to bring the coronavirus back to the U.S.”

Telegram, founded by Russian social media founders Nikolai and Pavel Durov in 2013, had 200 million monthly users as of March 2018.