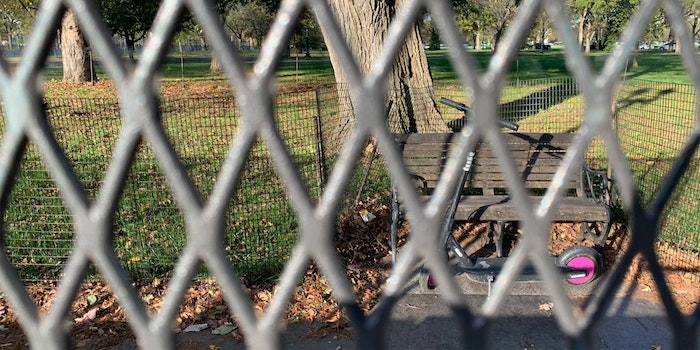 The nation is once again safe.

Federal authorities have placed “non-scaleable” fences and other perimeter fencing around the White House on Monday, over concerns about protests (or celebrations) on election night. As reporter Philip Crowther noted on his walk around the newly-erected perimeter fencing on Tuesday morning, they managed to corral a Lyft scooter in the process—and he shared it on Twitter to help document the day.